When I first reported in June on children in state care stuck in psychiatric hospitals after they had been cleared for discharge, I learned of the emotional and psychological damage that protracted hospitalizations can inflict on children.

Then I discovered another layer of harm.

We published a story on Wednesday about Aurora Chicago Lakeshore Hospital, which is under federal and state investigation following allegations that range from sexual assault to a failure to ensure the safety of suicidal patients.

Hospital officials said that they investigate all allegations of impropriety and are confident in their ability “to continue to provide the highest level of services to our state’s most vulnerable populations.” They said the problems they face are part of a “disinvestment in mental health, neonatal, and other social services in Illinois that have resulted in one of the weakest social safety nets in the country.”

The Department of Children and Family Services, the state’s child welfare agency, has investigated 16 allegations of abuse or neglect at the hospital since January. The allegations, detailed in confidential documents obtained by ProPublica Illinois, are disturbing on their own.

But some of those children who reported being sexually abused or assaulted shouldn’t have even been at the hospital; they had already been cleared for discharge when the alleged abuse occurred.

This isn’t just a story about a psychiatric hospital under investigation, but another example of a systemic problem involving some of the most troubled children in the state and the agency charged with caring for them.

Every year since 2015, hundreds of children in DCFS care have remained hospitalized beyond what is deemed medically necessary because the agency can’t find them a more appropriate setting — a foster home, residential treatment center or group home — in time. Last year, 301 psychiatric hospital admissions went beyond medical necessity, according to DCFS. The agency has said those children are among the most difficult to treat and the state doesn’t have enough of the beds it needs for them.

Children who languish in psychiatric hospitals for weeks or months — missing school and rarely able to go outside — often feel abandoned, isolated and angry. And the longer they stay, one child welfare official told me, the more likely they are to be exposed to, and imitate, harmful physical and sexual behaviors.

DCFS officials have said they’re working to find solutions for the children locked in psychiatric hospitals after they’ve been cleared for discharge. And not just at Lakeshore.

“This is a problem,” a DCFS official said this week, “shared by all the psychiatric hospitals we use.”

In response to our reporting, Illinois lawmakers and the American Civil Liberties Union of Illinois called for an independent review of the hospital. They said the concerns at the facility highlight the broader problem of children who remain in psychiatric hospitals after they are cleared for release. Lawmakers also held a hearing in August on the issue.

The ACLU said it would return to court next week if DCFS does not respond to a list of demands that included an independent assessment of the hospital and placing a hold on further admissions of DCFS children to the hospital.

The children who are there beyond their release dates, the ACLU wrote, “must receive top priority.”

We will continue covering the plight of these children. If you have a story or documents to share, I’m eager to hear from you. You can reach me at [email protected] or on Signal at 312-730-4797. 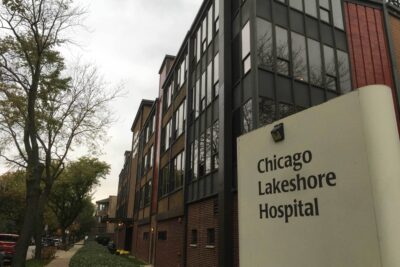