Last August, Adam Durand, legislative director for Minnesota Rep. Collin Peterson, fired off an email on behalf of an important state manufacturer that was waging a frustrating fight for relief from President Donald Trump’s China tariffs.

“I wanted to let you know that the executive team with Polaris is meeting with Chairman Peterson this afternoon,” he wrote to Haley Dorval, an assistant to the chief of staff at the office of the U.S. Trade Representative. “It would be greatly helpful if I could talk to someone by early afternoon about the status of this issue.”

Durand’s boss had pressured USTR all year about tariffs that were costing the company millions of dollars every month. Polaris, which imports parts for its off-road vehicles and motor boats, was working every Washington angle to win tariff exemptions. An administration-backed trade bill, the U.S.-Mexico-Canada Agreement, was coming up for a vote and Polaris CEO Scott Wine told investors last summer that he was “trying to leverage votes for USMCA to help us get tariff relief.”

Durand alluded to the pressure on his boss, the powerful Democratic chairman of the House Agriculture Committee, in his email to Dorval.

“We continue to have community leaders ask why the Chairman is supporting USMCA given the outstanding trade issues in the district,” Durand wrote in the email, which was among the hundreds of congressional entreaties to USTR obtained by ProPublica under the Freedom of Information Act. Peterson’s office did not reply to requests for further comment.

Polaris’ campaign worked. A year later, more than two-thirds of the 110 exclusion requests Polaris sought in a round of 25% tariffs have been granted, compared with 5% of requests overall. In a later round of 7.5% tariffs, most of Polaris’ 54 requests are still pending, but the handful of decisions made so far have been favorable. That means it will get back a substantial amount of the $90 million it paid in tariffs in 2019, according to the company, which employs 9,000 people in the U.S.

“Members of Congress championed relief from these tariffs to help protect these jobs for Polaris and for our employees who live in their states and districts,” Polaris spokeswoman Jess Rogers said in a statement. “We are grateful to the President and his Administration for being responsive and helping to protect American jobs and Polaris continues to aggressively re-source parts of its China supply chain.”

Polaris’ campaign illustrates the lengths to which companies have gone to mitigate the impact of hefty tariffs, which have in many circumstances affected their bottom lines more than any other business factor.

Even after the Phase 1 trade deal with China signed in January, bringing a cease-fire to the escalating tit-for-tat tariff war between the two countries, duties remain on about $330 billion worth of imports from China. A steady trickle of exemptions, however, has relieved the burden on some lucky companies. Since the tariffs took effect in 2018, dozens of USTR reviewers have evaluated more than 52,000 requests for relief — hundreds of which have been boosted by personal outreach from lawmakers.

According to USTR data, in 2018 and 2019 the agency received 607 letters from senators and representatives on behalf of companies asking for clemency, accompanied by an untold number of phone calls, emails and personal meetings.

In general, this type of back-channel policymaking helps lawmakers to do constituents’ bidding while leaving few tracks. University of California, Riverside, political science professor Melinda Ritchie is studying Hill intervention in trade policy after her earlier work on congressional influence on appeals for trade adjustment assistance at the Department of Labor.

“When members of Congress contact agencies, they try to keep those members happy, regardless of who they are,” Ritchie said.

The most prolific member in the USTR emails was Republican Sen. Pat Toomey of Pennsylvania, an outspoken administration critic on trade, who sent 35 letters asking USTR to grant exclusion requests for specific companies. Most of them, like fan maker Lasko Products and the chemical manufacturer Arkema Inc., are either based or have significant operations in Pennsylvania. 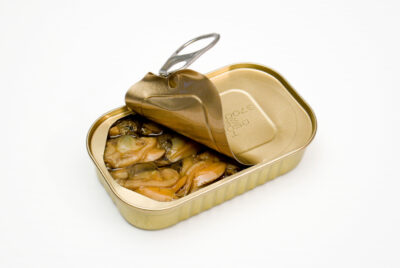 Oyster, Air Fryer and Bicycle Companies Say Their Goods Are Essential to Fighting Coronavirus So They Can Get Tariff Relief

Trump’s trade agency is taking applications for products that should escape new tariffs. Companies making everything from shoes to hors d’oeuvres are submitting justifications that are … creative.

It’s common to find campaign donations from companies that receive congressional help, although contributions are not necessarily linked. Twelve lawmakers, for example, contacted USTR supporting Home Depot. Ten of them — all but Georgia Democratic Rep. Lucy McBath and Sen. Johnny Isakson, who retired in 2019 — received campaign donations of $10,000 in either the 2018 or 2020 cycles or both.

Last October, Rep. Mark Amodei of Nevada requested an in-office briefing from USTR to advocate for exclusions for IGT Global Solutions, a gaming technology manufacturer. A few months later, he received a $5,000 donation. The CEO of a New Jersey company called Snow Joe has been a frequent giver to both Trump and Democratic Rep. Josh Gottheimer, who last September wrote a letter supporting exclusions for Snow Joe’s electric pressure washers.

Polaris has been ramping up its political giving in recent years, and has already been a generous donor this cycle. Its employee PAC has so far parceled out $244,000, while CEO Wine has contributed an additional $60,000 to the National Republican Congressional Committee.

Meanwhile, he also gave the maximum individual contribution of $2,800 to the presidential campaign of Minnesota Sen. Amy Klobuchar, a Democrat, who in October 2018 called Lighthizer about Polaris’ exclusion requests. Minnesota’s other senator, Tina Smith, received $5,000 from Polaris’ PAC and made at least two phone calls to Lighthizer on Polaris’ behalf in 2019. Neither Senators’ offices responded to a request for comment.

Other lawmakers on Polaris’ team included Rep. Bill Johnson, R-Ohio, whose staffer emailed USTR in August 2019. “Many of his constituents use their products in rural Eastern and Southeastern Ohio on a daily basis, and as a U.S. company that has invested in Ohio, he wanted to convey his support for USTR to consider an exemption if it is possible,” wrote Johnson’s legislative director.

In May 2019, former Rep. Sean Duffy of Wisconsin, a Republican, took Polaris’ case to White House trade adviser Peter Navarro, who then asked USTR for talking points in advance of a trip to Duffy’s home state. Agency chief of staff Jamieson Greer personally inquired to get an update on the 23 exclusion requests Polaris had submitted at that point. Neither Johnson nor Duffy returned requests for comment.

Polaris’ case even got the rare attention of the Treasury Department. In late July of last year, a Treasury official named David Sullivan contacted USTR about a sweeping request from Polaris to exempt “such parts and components that are for use in the manufacture or repair of off-road vehicles, motorcycles and snowmobiles in the United States,” not just specific tariff codes.

“I believe this request came from Secretary Mnuchen’s [sic] office,” wrote Brooks Allen, USTR’s assistant general counsel. Sullivan conferred with associate general counsel Arthur Tsao, who then reported back to his team: “I informed David that Polaris’s proposal is different than the requests we’ve reviewed so far. He said he’ll talk to his boss and get back to us on what Treasury wants to do.” The Treasury Department did not respond to requests for comment.

All of this outreach requires some extra help in Washington. Polaris spent $800,000 on lobbying in 2019, primarily on defense and trade. That included the services of D.C. law firm Akin Gump, which both drafted extensive legal justifications for Polaris’ requests and leveraged USTR relationships to ensure they received due consideration. In early August, former Bush White House official Justin McCarthy dropped Greer a note nudging Polaris’ case.

“First, let’s grab coffee or a beer this month. Lots to chat about USMCA,” McCarthy wrote. “Second, see below from Polaris. Can you get this in front of the boss? Thanks!” Greer forwarded it along. McCarthy declined to comment further.

While expensive, Polaris’ campaign is finally bearing fruit. This spring, USTR issued a slew of exclusions, including several for the off-road recreational vehicle parts the company had requested — even some, like aluminum wheels, which had drawn objections from several U.S. companies that said they could produce them domestically or in countries other than China.

Toward the end of 2019, Wine told analysts he was starting to see glimmers of hope after more than a year of trips to Washington.

“We have been working this tariff issue very hard for quite some time,” he said on the company’s third quarter earnings call. “We did see a change in engagement and a willingness to listen and ultimately acting. We’re in the late stages of the process now and we’re certainly more confident.”

Do you have access to information about immigration that should be public? Email [email protected] or message her on Signal at 202-913-3717. Here’s how to send tips and documents to ProPublica securely.