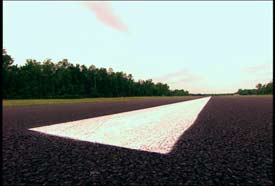 Millions of dollars in federal stimulus money are going to low-priority airports with questionable economic value and a history of mishandling grants, according to an advisory released Monday by the inspector general for the U.S. Department of Transportation.

The report follows an investigation by ProPublica and CBS News last month that found more than $100 million was being directed to airports that have fewer than one flight an hour – including one serving an Alaskan village of 167 people.

In the four-page memo, the inspector general said the Federal Aviation Administration selected low-priority projects for stimulus money to ensure that every state got at least one airport project. The office advised the FAA to withhold grant money for the projects until it can justify the economic merit. And it called for a full audit of stimulus airport grants.

In a response, Deputy Transportation Secretary John Porcari said the FAA relied on long-standing rules to pick "prudent, high-priority projects" and noted that the report highlighted a small percentage of the 263 stimulus projects.

The agency didn’t need to conduct a cost-benefit analysis, he said, because most of the projects were necessary to bring the airports into compliance with safety standards.

To select airports for stimulus funding, the FAA relied on its National Priority Rating system, which scores projects on a scale of 0 to 100, based on safety, security and capacity needs. Typically, airports must score a 40 or higher to be approved. In the stimulus, the FAA raised the threshold to 62 to be certain worthy projects would be funded.

Yet, the FAA chose more than 50 projects below that mark, "raising concerns about whether the agency’s process resulted in funding the highest priority [stimulus] projects," the IG’s report concluded.

Among the projects mentioned are two new airports in the remote Alaskan villages of Akiachak and Ouzinkie. Ouzinkie, which is home to 167 people, received $13.9 million. But the report notes that it already has a gravel airstrip, a landing area for sea planes and access to cargo barges.

In its response, the FAA said the Alaskan airports don’t meet safety standards and that alternative means of travel are much less reliable than the IG’s report makes it seem. In Ouzinkie, the main means of travel other than plane is an open skiff ride to Kodiak Island. But according to the FAA, from Thanksgiving through March, that option is available only 10 percent of the time.

"These are hardly examples of government waste – both projects are simple gravel airstrips," Porcari wrote. "The costs of these projects have been checked and justified based on the high costs of moving materials and equipment to the areas."

The other low-priority projects cited by the inspector general were a $5 million taxiway in Findlay, Ohio; a $2 million runway extension in Wilbur, Wash.; a $2 million apron in Warrensburg, Mo.; and a new runway at an airpark in Dover, Del.

"The Dover project was chosen because it was the state’s only project that was ‘ready to go,’ " the report said.

The Owensboro, Daviess County Regional Airport has been cited for poor administration of funds in 10 of the past 11 years, the IG’s report says.

In its response, the DOT said it has increased its oversight and that all problems with prior grants had been resolved to the inspector general’s satisfaction. "The department has emphasized the need for careful stewardship of all funds expended, and particularly Recovery Act funding," Porcari wrote.

The response didn’t cool criticism from Republicans, who used the report to attack the stimulus. "The IG’s investigation is more evidence that serious problems surround the stimulus program," said Rep. John Mica, R-Fla., the ranking member on the House transportation committee.