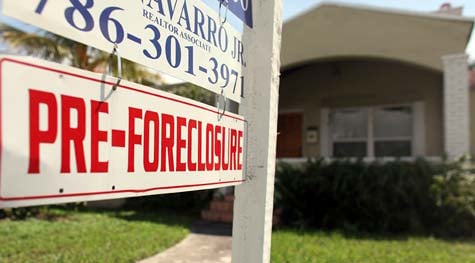 Only 31,382 homeowners have been put into permanent mortgage modifications, according to data released Thursday by  the Treasury Dept. The data also shows that the four largest servicers in the program (Bank of America, JPMorgan Chase, Wells Fargo and CitiMortgage) in particular are having serious difficulties.

Check out our handy interactive breakdown by servicer.

Meanwhile, the data also shows that a similar number of homeowners, 30,650, were outright denied permanent mods.  That’s 4 percent of the roughly 750,000 trial mods that the Treasury says have been started. (The vast majority of mods, about 697,000, are still in the trial stage or in limbo.)  Our breakdown also shows how many trial mods failed at each servicer. The highest failure rate is at Select Portfolio Servicing, where 26 percent of the mods it began have failed.

For the past couple weeks, the Treasury has been putting pressure on servicers to do a better job of moving homeowners from the trial stage of the program. Servicers say that their biggest problem is getting homeowners to turn in the required documentation, but as we reported yesterday, those claims should be viewed with skepticism, given many servicers’ poor record in managing borrowers’ documents.

Treasury officials have said that the program is on track to meet the administration’s promise to help  three to four million homeowners by the end of 2012. Regardless of whether Treasury hits that mark, if a disproportionately large number of homeowners don’t make it past the trial stage, the program could end up being remembered as a failure.

The low number of permanent modifications was expected.  As we’ve noted before, TARP chief Herb Allison has said that, in designing the program, Treasury officials had estimated that between 25 and 50 percent of the loan mods wouldn’t make it past the trial stage. A Treasury spokeswoman told us the reasons for denial include missing a trial payment, not submitting all the documents or being declared ineligible by the servicer after all documents are submitted.

Check out our chart for more details.