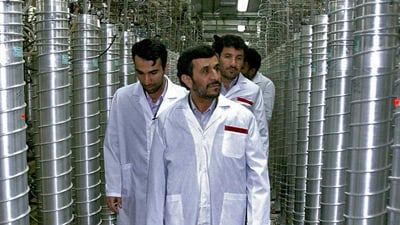 The Iranian government has told the Obama administration and its Western allies that it is ready to hold "comprehensive, all-encompassing and constructive" negotiations on a range of security issues, including global nuclear disarmament.

But the new proposal is silent on Iran's own nuclear program. U.S. officials have said Iran is stockpiling uranium at an alarming rate and needs to account for unanswered questions about the program. The five-page Iranian proposal, hand-delivered to foreign diplomats in Tehran on Wednesday, has not been made public, but a copy was obtained by ProPublica and is available here.

In the document, titled "Cooperation for Peace, Justice and Progress," Iran reiterated many of its previous ideas for talks while scaling back specific requests made in previous proposals (PDF). Among other things, Tehran called for an end to hostilities and for talks on issues of specific concern to Iran, such as drug trafficking and security in the Middle East. Unlike previous Iranian proposals, this one does not contain a litany of past grievances with the United States and does not assert an Iranian commitment to advancing its nuclear efforts.

White House spokesman Robert Gibbs said that "the offer is still being evaluated" by the United States and its allies. "I will say Iran's proposals have, time and again, failed to live up to its international obligations." Iran's offer is in response to coordinated efforts by the United States, France, Germany, Britain, Russia and China to prevent it from developing a nuclear weapon.

Iran's proposal comes as President Obama is facing pressure from Congress to take a harder line with Tehran, and it will likely test his high-profile efforts to engage a country his predecessor once described as a member of an "axis of evil."

A willingness on the part of Tehran to talk with the United States, 30 years after diplomatic relations came to a halt, could be a boon to Obama's commitment to diplomacy and his efforts to improve conditions in the Middle East. But the Obama administration worries -- as the Bush administration did -- that Iran could orchestrate go-slow negotiations to fend off international sanctions long enough to produce the necessary components for a nuclear weapon.

If Obama rejects Iran's proposals, he is left with few attractive options. He can try to improve the terms of the Iranian proposal, or seek other ways to pressure the Iranians to halt their nuclear program. One option is a new round of tough international sanctions imposed through the U.N. Security Council. Former President Bush pushed for economic sanctions and left open the threat of military action -- neither of which convinced the Iranians to halt its program, come to the negotiating table or to level with international inspectors about the genesis and intent of its nuclear efforts.

One European diplomat said that no strategy seems to be having an effect on Iran at the moment. Still, the diplomat said it would be a mistake to proceed with talks based on the current Iranian offer.

"We have to hold firm to our ideals. Now, above all, is not the time to give the Iranians a chance to discuss every issue under the sun. We have to keep focused on the goal, which is to stop Iran from getting a nuclear weapon," the diplomat said. The diplomat said European countries were seeking clarifications on the offer but didn't say whether they were considering a counterproposal.

One U.S. government official who agreed to discuss the Iranian offer on the condition of anonymity lamented that its lack of detail meant "one could read either very much or very little into" the terms.

The official described it as "a very Persian opening gambit to offer such a big picture," just as a new round of sanctions was being considered. The official also noted that the Iranians had refrained from taking a critical or angry tone in the proposal but said that the Obama administration doesn't want to waste time pushing for talks that won't yield results.

The official said the administration would now need to decide whether "there is enough here to justify meeting the Iranians face to face." 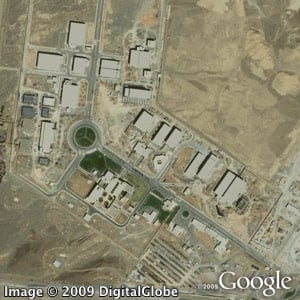 Until now, the United States has refused to do so, saying it will not discuss the issue until Iran suspends its nuclear work. Iran has rejected that condition and continued to push ahead, enriching uranium that could be used either for a bomb or to fuel a nuclear energy reactor.

Iran has long maintained that its large-scale efforts to enrich uranium, begun two decades ago in secret and with illicit help from Pakistan, were intended to provide the oil-rich nation with an alternate energy source.

A seven-year investigation by U.N. nuclear inspectors has unearthed reams of evidence that point to Iranian efforts to conceal the nature of the program. Iran has refused to answer some of the inspection agency's most pressing questions and has denied inspectors access to key individuals who could shed light on the program's roots.

U.S. intelligence estimates cite evidence that Iran was working on a covert nuclear weapons program until 2003 and note that any peaceful nuclear program of the size and scale Iran is constructing could be diverted for weapons use if the country makes that decision.

In past talks with the Europeans, Iran sought to negotiate the terms of its enrichment capabilities, but once it faced international sanctions, it abandoned that approach and declared that it would move ahead with a full-scale nuclear energy program.

Iran's latest offer does not depart from that strategy. It is also similar to past proposals in that it begins with a flowery recitation of Iran's view of the world and its place in it. One half of the proposal is a preamble that borrows, in part, from themes included in Obama's April speeches on nuclear disarmament and Middle East peace. It also emphasizes Iranian national sovereignty and takes a veiled swipe at critics of Iran's contested June presidential election.

The second half of the proposal outlines three broad areas for discussion, including political and security issues, international issues and economic issues.

While there is no mention of Israel, the political security section wades into the prospects for resolving the Israeli-Palestinian conflict. The proposal welcomes efforts "to draw a comprehensive, democratic and equitable plan to help the people of Palestine to achieve all-embracing peace." Iran's long-stated policy has been to reject Israel's right to exist.

The Iranian offer also seeks talks on issues that have become increasingly problematic for Iran's national security, such as drug trafficking, illegal migration and organized crime. Iran has long struggled to stem the flow of drugs and people entering its borders from Afghanistan and now from Iraq.

The Iranian proposal includes seven items for discussion under the theme of international issues, including "putting into action real and fundamental programs toward complete disarmament and preventing development and proliferation of nuclear, chemical" and biological weapons.

Iran, and many other developing nations, sees a double standard when Western countries, chiefly the United States, demand a halt to nuclear programs while maintaining large weapons stockpiles. Obama sought to address those concerns in his April speech when he pledged to work toward universal disarmament and a nuclear-free world.