From the government's airing of its case yesterday, it's clear that Bruce Ivins was a deeply troubled man. "I get incredible paranoid, delusional thoughts at times,â he wrote in an August 2000 e-mail. There is also strong circumstantial evidence pointing to him as the anthrax attacker. Logs show apparently unexplained late-night visits to his lab in September and October of 2001. The FBI also alleges that Ivins tried to throw investigators off his trail in 2002 by giving misleading samples of anthrax. 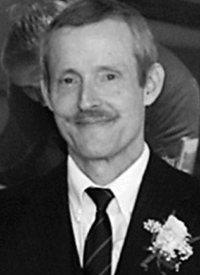 Yet dig through the papers' stories today -- get past the vanilla headlines -- and another thread emerges. The government has, at least not yet, proved its case.

Some pieces of the government's case have changed dramatically. As of Monday, anonymous sources were telling the papers, only 10 people had access to the exact strain of anthrax used in the attacks. But yesterday, that figure increased by a factor of 10. As this morning's Wall Street Journalputs it, citing law enforcement sources, "More than 100 other scientists also had access to this stock."

Also, though it was not brought up at the press conference, initial coverage had focused on Ivins' apparent failure to report on anthrax spill. (That might be because Ivins actually did tell someone about the spill.)

The scientists interviewed by the Journal were as yet unconvinced:

"Scientifically, it's completely superficial," said Gerard Andrews, who headed the institute's bacteriology division where Dr. Ivins worked from 2000 to 2003.

Jeffrey Adamovicz, Dr. Andrews's successor, said the documents presented a good case for a search, but didn't prove Dr. Ivins was responsible for the attacks. "What were the results of all these tests?" he said. "Did they find any strains in his car or his home? You cannot say 'case closed' just because you present your search warrants, that's just not enough."

The New York Times asked two bioterrorism experts to review the evidence. The scientists concluded, as the Times puts it, that the government "would have to release far more scientific evidence to convince specialists":

One expert, Dr. Thomas V. Inglesby, deputy director of the Center for Biosecurity of the University of Pittsburgh Medical Center, said the bureau âcertainly has strong circumstantial evidenceâ but added that âitâs important that the F.B.I. go on to release the scientific details.â

He said the search warrant affidavits offered only incomplete data on how the letter anthrax was linked genetically to Dr. Ivinsâs lab to the letters and almost nothing on the preparation of the powder.

The other, Jonathan B. Tucker, a biological warfare expert on the staff of a federal commission for the prevention of terrorism with unconventional weapons, said the documents contained âa number of gaps and inferences.â

Oddly, one of the more intriguing shards of evidence to emerge in the past day came not from the FBI but rather from the Washington Post. The paper spoke with a counselor Ivins saw a year before the attacks, who said Ivins told her he was stalking a young woman and planned to poison her if she lost a soccer match he was going to attend.

"He made the poison, took it along," the unnamed counselor told the Post. "It was not a crime of impulse. It was planned with cunning."

The Post says the therapist "alerted the head of her clinic and a psychiatrist who had treated Ivins, as well as the Frederick Police Department."

Despite warning police about Ivins plans to poison, the Post says the FBI met the counselor "for the first time early last week."