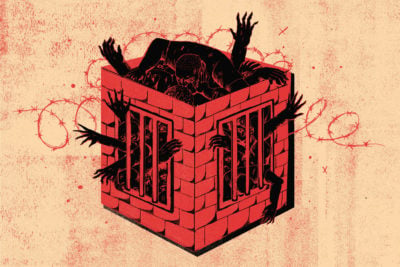 This article was produced in partnership with the Mississippi Center for Investigative Reporting, which was a member of the ProPublica Local Reporting Network.

The U.S. Department of Justice’s Civil Rights Division has announced an investigation into four Mississippi prisons, a month after deadly riots led to prolonged lockdowns.

“The investigation will focus on whether the Mississippi Department of Corrections adequately protects prisoners from physical harm at the hands of other prisoners at the four prisons, as well as whether there is adequate suicide prevention, including adequate mental health care and appropriate use of isolation, at Parchman,” the Justice Department said in a news release on Wednesday.

The Mississippi Center for Investigative Reporting and ProPublica have been investigating and reporting on prison conditions for more than a year.

Over the past nine months, Parchman has seen at least 16 deaths, joining the ranks of some of the world’s deadliest prisons per capita. Those deaths include eight suicides and eight homicides. A ninth possible homicide is still being investigated, according to the coroner and State Crime Lab.

“This is a level of violence and lethality that we associate with prisons in countries like Brazil and Honduras, not the United States,” David Fathi, director of the ACLU National Prison Project, told the Mississippi Center for Investigative Reporting.

An investigation by the center and ProPublica revealed that Parchman has been the subject of neglect by state officials, who have known for years about these deteriorating conditions. Mississippi legislators have turned down repeated requests for money to improve the prison.

In August, MCIR and ProPublica reported that gangs exerted so much control at SMCI that they even determined where inmates slept and whether they had mattresses or not.

Inmates shared how gangs snapped their pictures with cellphones so that even if they were transferred to a different part of the prison, their photos would arrive ahead of them. Gangs also charged fees for the beds, wall phones, food, showers and much more.

Inside Mississippi’s prisons, inmates say they have little choice but to join a gang. “Most of the prison population are affiliated now,” one inmate said at the time. “Or else they’re victims.”

The news report quoted a top SMCI official as saying the gangs were running the prison, an accusation MDOC spokeswoman Grace Fisher denied.

In June, the Marshall Project reported on a December 2018 internal audit at Wilkinson County Correctional Facility, in which then-Warden Jody Bradley allegedly told gang leaders to “control their men” and if they failed to do so, he would place the entire unit on lockdown, confining all the inmates in the unit to their cells. 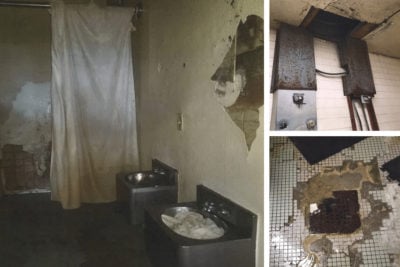 Understaffed and underfunded, Mississippi’s Parchman prison recently received media attention for its grisly violence, gang control and subhuman living conditions. However, lawmakers have known about these issues for years and have done nothing to fix them.

It attributed “the level of violence that pervades Mississippi’s prison system” to the acute understaffing of its prisons. MCIR and ProPublica reported that MDOC had 1,591 correctional officers in 2014, according to the State Personnel Board. That number had shrunk to 732 by the end of December.

The letter noted “accounts of gang control at SMCI are particularly egregious and shocking: people report that gangs assign residents to cells and beds, overriding the formal MDOC assignments; control access to phones; photograph prisoners, using contraband cell phones, to create and maintain unofficial databases; determine when and where individuals may eat and shower; and enforce fines against those who break gang-written rules.”

In January 2019, MCIR asked MDOC officials about vacancy rates and turnover rates for correctional officers. A week later, Commissioner Pelicia Hall said publicly that the department was in a “pressure cooker” situation because of those vacancy rates, which by fall had reached 50%.

She asked House Speaker Philip Gunn for millions more for her department to increase the salaries of correctional officers and renovate the maximum-security unit at Parchman.

Gunn told MCIR that “every state agency asks for more money. Most of them are for raises.”

For fiscal 2021, MDOC officials have asked for $78 million in additional funding — nearly a third of it to renovate Unit 29, Parchman’s maximum-security unit, describing it as “unsafe for staff and inmates.” Nearly $50 million of that would go for pay raises for correctional officers.

The Joint Legislative Budget Committee, which sets spending priorities for the state, is recommending that representatives reject that request and cut the corrections budget by $8.3 million.

Newly inaugurated Gov. Tate Reeves, a Republican, is asking lawmakers to keep MDOC’s budget the same, despite past cuts, current woes and his promise that correctional officers be “compensated fairly.” 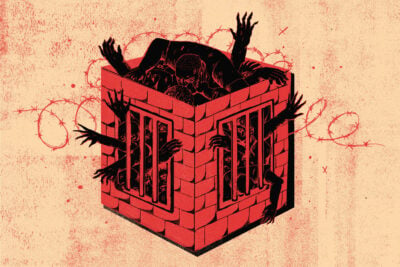 His proposed budget says “more investment” may be necessary in the future, but “we do not want to blindly request an increase to achieve a vague ambition. We want to ask for targeted investment.”

Reeves declared at a news conference: “We know that there are problems in the system. We don’t want to hide them. We want to fix them.”

Reeves is blaming the past administration for the woes, despite the $215 million in cuts to MDOC’s budget over the past six years that he oversaw as lieutenant governor. He said lawmakers didn’t trust the leadership and questioned how the department was spending its money.

He has asked the Department of Finance and Administration to analyze MDOC spending to “accurately determine where taxpayers’ money is currently being spent (or misspent).”

State officials’ immediate responses to the deadly rioting have included shuffling some inmates to a long-shuttered unit lacking running water and lights, busing others classified as maximum security to a private prison holding out-of-state inmates from Vermont, and considering the relocation of these super-max inmates to a closed private prison originally designed to house juvenile felony offenders.

Melissa Garriga, spokeswoman for the Mississippi Prison Reform Coalition, an organization formed by several activist groups after the recent outbreak of deadly riots, told the Clarion Ledger in an email that the group is “encouraged to hear the decision made by the DOJ to investigate our state prisons.”

“We hope the investigation is thorough; leaving no stone unturned. As we have stated multiple times, the current situation in Mississippi’s prisons is not new and was not created in a vacuum. The problems are systemic and a direct result of elected state officials underfunding MDOC, enforcing mass incarceration and extreme punitive measures, and their overall neglect of underserved, marginalized communities across the state.”

The Mississippi Center for Investigative Reporting continues to examine the state’s corrections system. We want to know what’s really happening behind the walls of Mississippi’s prisons. You can share your tips and your stories by emailing us at [email protected].

People with relevant information can contact the Department of Justice at 1-833-591-0288 or by email at [email protected].

Jerry Mitchell is an investigative reporter and Debbie Skipper is the managing editor for the Mississippi Center for Investigative Reporting, a nonprofit news organization that seeks to inform, educate and empower Mississippians in their communities through the use of investigative journalism. Sign up for MCIR’s newsletters here.