Update, Dec. 13, 2018 at 8:15 p.m. ET: On Thursday evening, the Senate unanimously passed its version of the Preventing Maternal Deaths Act, sending it to the president to sign.

Congress moved a big step closer on Tuesday toward addressing one of the most fundamental problems underlying the maternal mortality crisis in the United States: the shortage of reliable data about what kills American mothers.

The House of Representatives unanimously approved H.R. 1318, the Preventing Maternal Deaths Act, to help states improve how they track and investigate deaths of expectant and new mothers.

The bipartisan bill authorizes $12 million a year in new funds for five years — an unprecedented level of federal support — for states to create review committees tasked with identifying maternal deaths, analyzing the factors that contributed to those deaths and translating the lessons into policy changes. Roughly two-thirds of states have such panels, but the legislation specifically allocates federal funds for the first time and sets out guidelines they must meet to receive those grants.

“We’re going to investigate every single [death] because these moms are worth it,” Rep. Jaime Herrera Beutler, R-Wash., the lead sponsor, testified at a hearing in September. Lisa Hollier, president of the American College of Obstetricians and Gynecologists, called the legislation a “landmark.”

The full Senate still needs to give its approval, with only a few days to act before the end of the current session. Senators have already authorized the necessary funding, in budget legislation that passed this year.

As ProPublica and NPR have documented in the “Lost Mothers” series, maternal deaths have been rising in the U.S. in recent years even as they declined in other wealthy countries. More than 700 women die each year in America from causes related to pregnancy or childbirth, while at least 50,000 suffer life-threatening complications. Nationally, black women have a maternal mortality rate three to four times higher than that of white women. At least 60 percent of maternal deaths are preventable.

Among the reasons the U.S. has fallen behind other countries, one stands out: government failures to collect accurate data and to study maternal deaths and near-deaths to understand how they might be prevented.

State maternal mortality review committees can play a key role in this process, public health experts say. They are particularly critical to understanding and narrowing racial disparities in outcomes. They have uncovered the surprising fact that cardiac-related issues are the leading cause of death for mothers and that the majority of deaths don’t occur during childbirth but in the days and weeks after birth.

But many committees have little or no funding and rely on volunteers to do their work. They publish reports irregularly and, in some cases, do not address the issue of preventability at all. As a result, many maternal deaths have gone miscategorized or uncounted, and many researchers and clinicians have formed a distorted picture of why mothers die, often putting the blame unfairly on women themselves instead of medical providers, hospital systems and other factors.

The House bill says that reviews are “essential” for “developing prevention efforts and quality improvement and quality control programs.” It adds, “The United States must identify at-risk populations and understand how to support them to make pregnancy and the postpartum period safer.” The guidelines for receiving federal funding dictate how committees should be made up and how evaluators should find and count deaths.

Members of Congress have introduced other bills in recent years to try to prod states to establish review committees or strengthen existing ones. But maternal mortality wasn’t seen as a serious problem, and the legislation was usually associated with one political party, Democrats. The bills did not gain traction.

The “Lost Mothers” series and a deluge of other media reports changed that, helping to create an unprecedented sense of urgency, maternal health advocates say. “I don’t think we would be as far as we are without that,” said Kathryn Schubert, chief advocacy officer for the Society for Maternal-Fetal Medicine, whose members are doctors specializing in high-risk pregnancies. “Every day, I get a call from somebody saying: ‘Oh my God, this is a real problem. We have to do something,’ because they’ve read it in the news.”

The news stories have also inspired mothers who have survived life-threatening complications and relatives of women who died. “It became the call to arms,” said Eleni Tsigas, head of the Preeclampsia Foundation and a co-founder of a new coalition of maternal health organizations, MoMMA’s Voice.

The nonstop advocacy by patients and doctors — and even groups like March of Dimes, which has traditionally been more focused on infant health — has been effective. “Twelve million dollars [per year] was more than we originally had in the legislation,” Schubert said. “That never happens. … They put in money that we didn’t even dream of asking for at this point.”

The other important factor in the legislation’s success has been bipartisanship: The House bill and its Senate companion, S-1112, were introduced by Republicans as well as Democrats, and both have acquired many supporters along the way. Even so, despite having some 190 co-sponsors, the House bill remained stalled in committee for most of the past two years, coming unstuck in recent weeks after a lobbying blitz by medical groups and patient advocates.

Several more-sweeping maternal-related bills are pending on Capitol Hill, and just last week, the Senate approved a bill aimed at reducing chronic shortages of maternity care providers in some parts of the country, sending it to the president to sign. Meanwhile, lawmakers outside Washington have also been active — at least six states have passed bills in the past year establishing or strengthening their maternal mortality review panels. 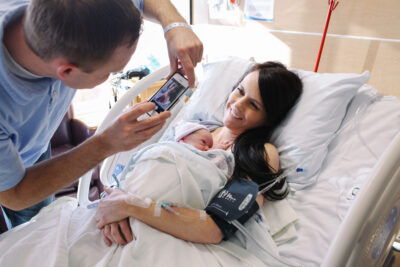