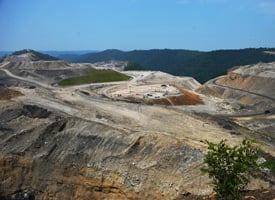 It's time for a Monday update on President Bush's midnight regulations. As we mentioned last week, new rules -- proposed or finalized -- are becoming few and far between.

But with only eight days left until the inauguration of President-elect Barack Obama, we are seeing many of the more contentious "under the wire" rules go into effect.

Three became effective today: (1) the Environmental Protection Agency's new air quality standards for lead; (2) the Department of the Interior's regulation for mining companies when disposing of debris from mountaintop removal; and (3) the Department of Justice's certification process for states seeking approval to expedite the federal habeas review of capital cases.

And the National Park Service's rule on handguns in national parks went into effect last Friday.

Several more will go into effect later this week.

We've also updated the chart with four rules. Last week, ProPublica reported on federal agencies that have been restricting access to records under the Freedom of Information Act through last-minute regulatory changes. We added two rules from that story -- the Department of Education's amendments to the Family Educational Rights and Privacy Act and a price increase from the Securities and Exchange Commission for accessing records.

Our final two rules for the day come from the Bureau of Land Management.

On Dec. 31, the bureau announced it had issued final decisions for the resource management plans in six counties in western Oregon. The new plan will just about double the rate of logging on 2.6 million acres of federally owned land.

According to the BLM, the decision to increase logging will bring jobs and a yearly windfall for the counties. But others, including environmentalists and public officials, fear the surge of timber harvesting will negatively impact water quality, fish and wildlife. Some environmental groups are already planning to challenge the plan.

The agency also finalized a rule to amend requirements for the leasing of land to mine solid minerals, such as gemstones, silver or lead, but excluding coal and oil shale. The revisions relaxed requirements for expanding the boundaries of a lease.

Only the National Mining Association commented on the draft version of the rule. In the final rule, the agency notes that the NMA "whole-heartedly" supported the proposal. The industry group had written that the current policy hampered the "maximum recovery" of minerals being leased.

That's all for today. We'll be back later this week with updates as more rules go into effect.