Maine Gov. Janet Mills said Tuesday she was reluctant to provide further funding for the state agency charged with defending poor people charged with crimes, despite a scathing report this week that found it was failing to provide high-quality legal representation.

Staff at the Maine Commission on Indigent Legal Services, or MCILS, provided ineffective oversight of the private attorneys paid to defend the state’s poor — the result of flawed leadership, too few employees and an overreliance on ad hoc accounting practices, according to the report by the Office of Program Evaluation and Government Accountability, or OPEGA, the state’s financial watchdog.

Commissioners appointed by Mills to overhaul the state’s troubled defense system have asked to double MCILS’ budget to $35 million a year. But Mills, a Democrat, said the agency needed to fix its problems before receiving more state funds.

Mills “feels that simply adding general fund dollars, especially during a pandemic-driven budget shortfall, to a program that is flawed and lacking in accountability will not increase the quality of representation in Maine’s courts,” the governor’s press secretary, Lindsay Crete, said.

Mills is interested in opening a state office of appeals and establishing pilot programs with dedicated public defenders at the local and regional levels, Crete said. She will begin discussions with lawmakers in coming months.

The new audit report on MCILS adds to growing evidence of problems with Maine’s unique system for providing criminal defense and other legal services for the state’s poor. In October, The Maine Monitor and ProPublica found that the agency’s executive director, John Pelletier, had hired felons to represent criminal defendants and had misled lawmakers.

The OPEGA report, presented at a hearing Monday of the state’s Government Oversight Committee, alarmed lawmakers.

“They have everything they need to figure out what they’re supposed to do,” said committee Chair Rep. Anne-Marie Mastraccio, D-Sanford, of MCILS. “But the implications are pretty severe down the road if we’re not doing what we’re supposed to be doing for people who require indigent legal services. That really concerns me.”

Maine is the only state with no public defenders. It instead relies on private attorneys who contract with MCILS and are appointed by judges to manage all criminal, child protective and other legal matters where the defendant cannot afford to hire a lawyer.

Pelletier, who has run the agency since its creation in 2010, defended his work at the Monday hearing. Pelletier announced his resignation last week, citing a change of direction at the commission as his reason for leaving. His last day will be Dec. 11.

“When I was hired, the structure didn’t exist. We had a statute and no staff,” Pelletier said on Monday. “We have, since day one, been working every day to do what’s necessary to provide functional representation to Maine’s indigent population.”

But Pelletier’s defense rang hollow for Sen. Justin Chenette, D-Saco, co-chair of the oversight committee. OPEGA Director Danielle Fox is drafting letters at the request of the committee urging the state auditor’s office to intervene to put financial structures in place at MCILS.

“I’m very frustrated that in 10 years we don’t have, basically, the foundational operations of the organization in place,” Chenette said. “You can’t go 10 years in a position as basically the boss of the organization and not have anything written down in terms of how you need to operate from a financial oversight standpoint. It’s executive director 101 class.

The report found that a key problem with the current system is a dispute about whether Pelletier or the appointed commission should be driving policy and planning at the agency. It was clear through interviews with Pelletier and members of the commission that there was not a common understanding of the executive director’s role versus the commissioners’ role, Fox said.

Former Gov. Paul LePage, a Republican and likely challenger to Mills in 2022, said it is time for Maine to switch to a new type of public defender system in response to the OPEGA report.

LePage twice submitted legislation to establish an office separate from MCILS that would be in charge of overseeing the defense of the poor. Though he billed it as a public defender office, it was not technically one as it would continue to contract private attorneys rather than hire state employees to handle cases. The switch never garnered support from lawyers or legislators.

The Legislature ordered an investigation into the finances and operations of MCILS in January, after a national expert on criminal defense systems and The Maine Monitor showed that upward of 30 lawyers appeared to be billing unreasonable hours for legal defense work for the state, including one lawyer who billed as if she worked more than 80 hours a week. 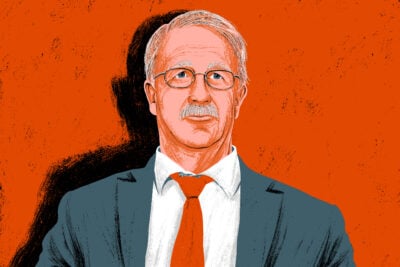 OPEGA found that the magnitude of overbilling by attorneys was likely overstated, but it validated the underlying problem of attorneys claiming to have worked a large number of hours. Analysts identified 224 instances when attorneys billed for over 24 hours on a single day, of which the vast majority traced back to just six attorneys, Fox said. But OPEGA analysts were unable to identify attorneys needing further auditing because MCILS’ database of attorney and billing records is so sloppy that high-level data analysis cannot be done on it.

MCILS staff’s “informal” review process could not detect double billing, high hours and other invoicing problems — issues that were raised in past reports, Fox said.

The report also found that Pelletier and his staff of three devote too much time to administrative tasks rather than the quality of services provided to clients. An analysis by OPEGA found that on 37% of all workdays, MCILS staff approved more than 100 invoices, which allowed for less than 5 minutes of review per attorney bill.

David Carroll, executive director of the Sixth Amendment Center, a nonprofit devoted to criminal defense, said OPEGA’s report vindicated his earlier work on the system. A central finding was that indigent defense in Maine is understaffed.

“I wasn’t shocked by anything,” Carroll said, “even though the conclusions should be shocking to the people of Maine.”