Officials in Maine are proposing to double the size of the budget set aside to provide the legal services needed to adequately defend the state’s poor who are accused of crimes.

The $35.4 million proposal put forward by the Maine Commission on Indigent Legal Services, or MCILS, would establish the state’s first two public defender offices and provide a substantial raise to private attorneys paid to represent the poor. Members debated the large price tag before unanimously voting in support of the budget plan on Oct. 15. One commissioner was absent.

If approved by the governor and Legislature, the proposal would be the biggest infusion of money ever into the commission, whose troubled history of oversight of its attorneys’ conduct was documented this month by The Maine Monitor and ProPublica.

“Not asking for what is needed to properly fund and run the system has been a common problem for the last decade, and it’s part of the reason that we’re in the mess we’re in right now. I understand and can live with the idea that we’re going to ask for everything,” said Sarah Churchill, a member of the commission who voted in support of the budget proposal and is a former court-appointed attorney.

The proposal’s fate is uncertain, however, since the coronavirus pandemic has left the state in financial difficulties. The latest estimate by the Revenue Forecasting Committee in August 2020 said that general fund revenues will decrease by $883.2 million in fiscal years 2022 and 2023. Highway fund revenues are also estimated to drop $30.5 million in the same period.

Gov. Janet Mills, a Democrat, appointed eight legal experts, including Churchill, in 2019 to a redesigned commission that oversees the state agency. The commissioners have met for 14 months to review and recommend changes to the state’s defense system.

The proposal is the first step in Maine’s biennium budget process, which will determine the next two years of state funding. The governor must submit a budget to the Legislature in January. It must be approved by the appropriations and financial affairs committee and then by lawmakers in each chamber. A final decision is not expected until June 2021.

Most of the new spending is earmarked to increase the hourly reimbursement rate from $60 an hour to $100 an hour for private attorneys who are appointed by courts to represent people who cannot afford legal services. A review of Maine’s defense system in 2018 found that the current pay was insufficient to cover the overhead costs of running a law practice. The last raise for state lawyers took effect in July 2015, when the rate increased from $55 an hour.

It is expected to cost almost $11.5 million a year to increase the reimbursement for court-appointed attorneys by $40 an hour.

Maine is the only state that does not employ any public defenders. MCILS instead maintains lists of private-practice attorneys whom judges can assign to criminal defendants, parents at risk of losing custody of their children and people in involuntary commitment or emancipation cases — when the person cannot afford to hire their own lawyer. Many states have moved away from the court-appointed system because it can be difficult to control costs.

The commission is proposing nearly $4.5 million of new spending to open a trial-level public defender office in Kennebec County and to create a statewide office for appeals and post-conviction review cases.

David Carroll, the director of the criminal justice reform organization Sixth Amendment Center, said he was concerned the proposal did not go far enough. The center reviewed Maine’s system for indigent legal defense in 2018 and found that it did not meet national standards.

“It is a step in the right direction. It’s coming late. It’s coming in bad economic times. But at the end of the day, this is a constitutional duty this state has to do,” Carroll said. “The state is failing.” 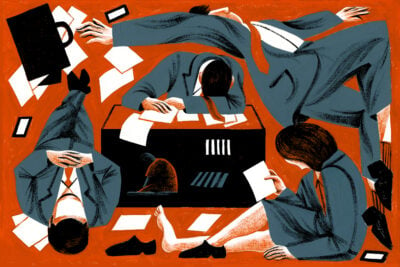 Commissioner Bob LeBrasseur, a nonvoting member who works as a court-appointed attorney in Cumberland County, questioned during the budget discussion whether there would be adequate support staff in the new office. He asked if the commission was pushing for a public defender office that would begin underfunded and under-resourced. The consensus among members was that they needed to start somewhere.

The Kennebec County office is expected to cost $2 million to open next fiscal year.

The commission is also proposing spending $1.1 million a year to add 10 staff positions to the state office, which would manage training, supervision, mentorship and auditing of court-appointed attorneys.

Half of the new hires would perform financial oversight, including an audit director, an attorney to review internal financial operations and three support staff positions.

The proposal did not include two positions for attorneys specializing in family law and juvenile delinquency recommended by the Sixth Amendment Center.

The final budget proposal was delivered to the Department of Administrative and Financial Services on Oct. 19 and will be considered for Mills’ budget recommendations to the Legislature.

The governor and top lawmakers on judicial matters both expressed interest earlier this month in finding bipartisan solutions to problems at MCILS, The Maine Monitor reported.

Zach Heiden, chief counsel of the ACLU of Maine, which has threatened to bring a lawsuit for more than a year over what it says is inadequate representation of the poor, called the proposal “encouraging,” but said commissioners should have included all of the Sixth Amendment Center’s recommendations.

“The governor is very experienced with Maine’s criminal defense system. She knows the Constitution and the constitutional issues that are at stake,” Heiden said. “So I fully expect that she is going to treat this with the seriousness this deserves.”