The office of the Maryland attorney general is investigating the management practices at the many large apartment complexes in the state that are owned and overseen by Kushner Companies, the family company of President Donald Trump’s son-in-law and top adviser, Jared Kushner.

A spokesman for Kushner Companies confirmed that the office of Maryland Attorney General Brian Frosh, a Democrat elected in 2014, has been in contact with the New York-based company. “We have been working with the Maryland Attorney General’s Office to provide information in response to its request,” the company said in a statement issued by the spokesman. The statement concluded: “We are in compliance with all state and local laws.”

A spokeswoman for the attorney general, Christine Tobar, declined to discuss the matter. “We don’t confirm or deny investigations,” she said.

The suit follows a May 23 article jointly published by ProPublica and The New York Times Magazine that detailed the Kushner Companies’ highly litigious dealings with the people who rent apartments in the 15 complexes it owns in the Baltimore area. The company, which shares ownership in some of the complexes with other partners but runs them all through its Westminster Management subsidiary, has brought hundreds of cases against current and former tenants in local courts. 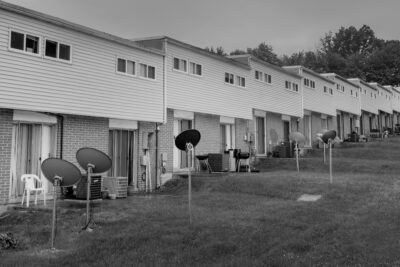 Many of the cases involved former tenants who had moved out of the complexes several years before Kushner Companies bought them. The firm’s purchases began with the acquisition of 5,500 units in the Baltimore area as part of a $371 million deal in 2012, with several thousand more units added in the next few years. Some of the cases involved tenants who possessed clear evidence that they did not owe the money the company claimed, yet were pursued anyway for several years, with late fees and court fees piling on top of the original claims. The article also described shoddy conditions that many tenants contend with at the complexes, including mice, leaky roofs and mold.

In response to questions for the May 23 article, the Kushner Companies’ chief financial officer said that its approach when it came to pursuing tenants conformed with industry practices and that it had a fiduciary duty to its ownership partners to collect all money owed by current and former tenants. Jared Kushner, who was instrumental in the purchases, stepped down as the company’s CEO when his father-in-law won the presidency. Kushner has become one of Trump’s most senior advisers in the White House.

A subsequent report by The Baltimore Sun in August found Kushner Companies went to even greater lengths in some cases: Since 2013, corporate entities affiliated with the company sought the civil arrest of 105 former tenants at the company’s 17 Maryland complexes (it also owns two in the Washington suburbs) for failing to appear in court to face allegations of unpaid rent. Twenty former tenants were briefly detained, the Sun reported.

The Maryland attorney general’s investigation, which was first reported by CNN Money, is not the first fallout from the revelations about the complexes. Last month, lawyers from two Baltimore-area law firms and a legal advocacy center filed a class-action lawsuit against Kushner Companies on behalf of tenants at the complexes. The lawsuit alleges that Westminster Management and related corporate entities have been improperly inflating payments owed by tenants by charging them late fees that are often unfounded and court fees that are not actually approved by any court.

This, the lawsuit charges, sets in motion a vicious cycle in which tenants’ rent payments are partly assessed toward the fees instead of the actual rent owed, thus deeming the tenant once again “late” on his or her rent payment, leading to yet more late fees and court fees. Making matters worse, the 5 percent late fees are frequently assessed on principal that includes allegedly unpaid fees, not just the rent itself. The net effect, the suit alleges, is that the company’s late fees are exceeding Maryland’s statutory limits. Tenants are pressured to pay the snowballing bills with immediate threat of eviction, the suit alleges.

A spokesman for Kushner Companies declined to comment on the lawsuit when it was filed. “We will respond to the complaint at the appropriate time in the legal proceedings,” he said.

The original news reports on the complexes also prompted Maryland’s two U.S. senators and four of its House members, all Democrats, to send a letter to Kushner Companies in August asking for some of the firm’s records. The lawmakers noted that the complexes rely heavily on tenants with Housing Choice (Section 8) rental vouchers, and thus must comply with a host of Department of Housing and Urban Development regulations. The lawmakers demanded, among other things, all notifications from HUD, public housing authorities, inspection companies or local jurisdictions identifying defects in the complexes in the past three years; all complaints from residents about maintenance and repair issues over the past three years; and information regarding the role played by Jared Kushner.

The company has not produced the records requested by the lawmakers, which led one of them, Rep. Elijah Cummings, the top Democrat on the House Government Oversight and Reform Committee, to seek assistance two weeks ago from the committee chairman, Republican Trey Gowdy of South Carolina.

Do you have access to information about the Trump family’s businesses that should be public? Email [email protected], or here’s how to send tips and documents to ProPublica securely.