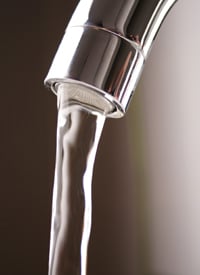 With just a few days left, the Bush administration is still implementing midnight regulations -- and we're still bird-dogging them. Today's update includes two additions to our chart and a decision from the Environmental Protection Agency that concerns a rule on a contaminant found in drinking water.

But first an update on more rules that went into effect this week. The Interior Department's rule that removes a provision requiring scientific review by the Fish and Wildlife Service before federally approved construction projects, such as road-building, went into effect yesterday. So did a rule from the Department of Defense mandating that certain government contractors and subcontractors use E-Verify, a system operated by Homeland Security that determines employees' eligibility to work in the United States.

Two more midnight regs go into effect tomorrow: (1) A regulation for the leasing of public land to produce oil shale and (2) the changes to the guest worker program for the agricultural industry.

And here are two new rules -- noticed by readers -- that we're adding to our list. One rule comes from the Bureau of Reclamation, which acts as a federal water management agency. At issue is the private use of reclamation land, facilities and bodies of water.

The agency is essentially rolling back a 2007 proposal that environmentalists say would have prioritized public land use over private.

The revised rule, now in effect, replaces pro-public language with a requirement that renewals for reclaimed-land use be granted as long as the private use is compatible with public needs. Reviews for renewal will occur either at least once every five or 20 years, depending on the nature of the private use.

In its comment submitted to Reclamation, the Sierra Club called the agency's move an unlawful reversal and criticized it for not providing the public with adequate notice to comment on the rule change. They also remarked that the review process now in place will be onerous and expensive.

The second rule is from the Department of Labor and has been touted as a move to better protect the privacy of laborers working on federally funded projects. The rule eliminates the requirement that contractors include Social Security numbers and home addresses on payroll forms submitted to the government.

But critics, including the U.S. Navy, say the rule will make it harder to enforce wage laws. Concerns have also been raised that it could open the door to kickbacks.

Two final notes on this frigid Friday: Six states, led by Connecticut Attorney General Richard Blumenthal, are taking legal action against the "provider conscience rule," which protects health care workers from being disciplined should they choose to deny treatment they find morally reprehensible.

And the EPA made a move on one of its more controversial rule proposals this month -- the decision on whether to federally regulate the contaminant perchlorate in drinking water. Rather than publishing a final rule, it chose to issue an interim health advisory that sets a minimum level for perchlorate to help state and local officials address any potential contamination.

It's not quite the "about face" the agency did with respect to two Clean Air Act regulations. EPA stated in a press release that in light of public comments, the agency would "benefit once again from input from the National Academy of Sciences on several specific scientific issues raised by reviewers." It looks like any final determination will now be up to the next administration.

We'll be back next week with a final midnight regulations wrap-up.