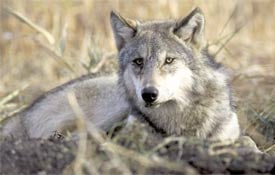 There are 14 days left to the Bush administration, and the flow of last-minute rules has slowed to a trickle. But there are still some out there that we feel warrant a place on ProPublicaâs Midnight Regulations Chart.

Today we added seven rules, three of which might prove controversial.

First and foremost is one that would allow some industries greater leeway to pollute. On Dec. 19, the Environmental Protection Agency finalized a rule regulating so-called fugitive emissions. This was one rule the agency did not abandon. Recall on Dec. 10, EPA announced it had withdrawn two rules that would have weakened the Clean Air Act.

Fugitive emissions are pollutants released into the air inadvertently, such as through equipment leaks or windblown disturbances. The new rule requires that only industries listed under the Clean Air Act must count these air contaminants toward an emissions threshold when making operational or physical modifications to a facility. If the threshold is exceeded, New Source Review requirements kick in, and the facility must install new pollution-control equipment. But those industries not listed under the Act, such as some polluters from the surface mining and agricultural industry, are exempt from counting fugitive emissions.

Another last minute change involves the antimicrobial drug cephalosporin. In July 2008, the Food and Drug Administration published a final rule limiting the off-label use of the drug in animals used to feed humans. The agency had raised concerns that its overuse with animals would reduce the effectiveness of the drug in humans.

But just days before the ban would have gone into effect, FDA withdrew the rule, citing a need to review the "substantive comments" it had received in response to the ban and reconsider the science behind its decision. Some critics view this move as a gift to the meat industry; the Centers for Disease Control, public health officials and scientists have expressed concern that the antibiotics misuse leads to an increase in drug-resistant infections.

And then there are the wolves. The Northern Rocky Mountain gray wolf may once again be delisted from the federal list of Endangered and Threatened Wildlife. In February 2008, the U.S. Fish and Wildlife Service published a rule removing it from the list. Several conservation groups challenged the agencyâs move before the U.S. District Court for the District of Columbia, and the wolf was placed back under the protection of the Endangered Species Act.

In October the Fish and Wildlife Service opened up for public comment once again whether the gray wolf should be delisted. According to the Star-Tribune, it seems likely the gray wolf will again lose its protected status, and soon. Ed Bangs, the federal gray wolf recovery coordinator for FWS, told the paper in December the agency hoped to finalize a rule the week of Dec. 14.

As of yesterday, a rule had not been published, but according to Joshua Winchell, a spokesperson for FWS, the agency is "hopeful it will be published soon."

Check out our chart to see the other four rules we added. They include rules from the Department of Homeland Security and the Agency for International Development that implement exemptions under the Privacy Act of 1974 that limit access to records. Another rule regulates the provision of legal services to individuals who have had their assets seized by terrorism sanctions regulations.

Finally, we look at a request by the Department of Veterans Affairs to eliminate a provision that requires the agency when testing a patient for HIV to obtain written consent and offer pre- and post-test counseling.

Weâve also updated the chart to reflect those rules that have recently gone into effect, including a rule that went into effect yesterday opening the door to uranium mining near Grand Canyon National Park.

As always, we thank you for your comments and suggestions. Happy New Year!