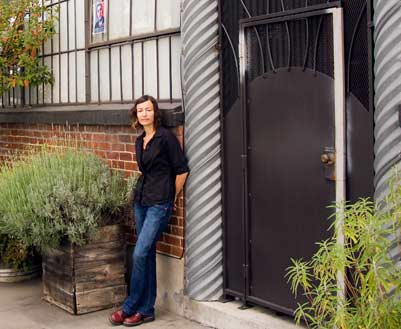 The Obama administration estimates that it’s going to help as many as 4 million homeowners modify their loans. To date, "over 200,000" of these loan modifications have been offered, according to the Treasury Department. That leaves millions of homeowners waiting their turn.

Deborah Sherman from Oakland, Calif., is somewhere in that queue. She says she applied for a loan modification through the government’s program one day after it was announced on March 4. Since then, she says, all she’s heard from Chase, her loan servicer, is: It could take up to 90 days. Please keep waiting.

Sherman’s story is hardly unique. As we reported in early June, the program got off to a chaotic start as hordes of homeowners nationwide jammed servicers’ phone lines and overwhelmed their staffs. Housing counselors and frustrated homeowners reported long delays and mixed messages about eligibility requirements.

Last Tuesday, President Obama expressed disappointment with the program’s progress, saying at a press briefing, "I think … our mortgage program has actually helped to modify mortgages for a lot of people, but it hasn't been keeping pace with all the foreclosures that are taking place." Obama said that he gets complaints from homeowners every day and is still asking his staff to tweak the program and make it more aggressive.

His remarks were echoed by Elizabeth Warren, chairwoman of the Congressional Oversight Panel, which oversees the Treasury Department’s response to the financial crisis, and Richard Neiman, superintendent of banks for the state of New York, at a congressional hearing on Wednesday.

At the hearing, Warren and Neiman grilled Herb Allison, the Treasury Department’s bailout overseer, about the administration’s mortgage plan, citing some of the same problems we’ve been hearing about. Allison said that it had taken a couple of weeks for the government and the banks to get the program off the ground, but that things are now "moving very rapidly." 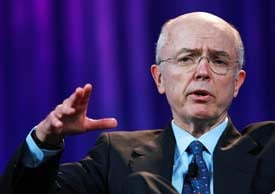 But at times, Allison’s testimony seemed at odds with the reports we’ve been hearing from homeowners and housing counselors, a disconnect Warren was quick to point out.

For instance, Allison said: "I think it’s important that the public realize they don’t have to have missed a payment on their mortgage to get help. If they see that they have a problem … they should get in touch with their servicer."

Warren responded, "What we continue to hear is that you can’t get a servicer on the phone, or when you do get a servicer on the phone, you receive incorrect information." She said she’s heard from homeowners who say they were told by their servicers that they’re ineligible for the government’s program because they aren’t behind on their payments, which is incorrect. We’ve heard borrowers say the same thing.

Warren added: "I feel bad if what comes out of this is you say I want to tell Americans that they need to reach out to their servicers. They’re doing that."

Indeed, Sherman, the California homeowner we’ve been in touch with, has reached out to Chase by phone, by fax, by mail and in person at her local Chase homeownership center. But the "We’re here for you!" banner at the homeownership center was not for her, she says, it was only for customers who were facing foreclosure.

Sherman is a self-employed commercial photographer who purchased a condo in 2000. She started really struggling last year when her work dwindled to almost nothing. She’s now looking for work in a different field. She doesn’t owe more than her home is worth. When she heard about Obama’s plan, she thought, "This is perfect."

She passed all the eligibility hurdles on the government’s Web site, she says, and went to Chase’s Web site the day after the plan was announced. It had all the information and all the necessary forms. Sherman faxed in months of bank statements, two years of tax returns, a hardship letter, income statements and other financial documentation – more than 60 pages in all.

Sherman says she followed up consistently after that, but "I’ve received nothing. Not a phone call, not an e-mail, not a letter, nothing." Her loan officer’s voice mailbox is full, she says. Everyone she speaks to tells her it could take up to 90 days.

Tom Kelly, a Chase spokesman, says the bank first started processing loan modification applications for the government’s program on April 4 and that it has given highest priority to the most delinquent customers. It has also hired 950 new loan counselors since Jan. 1, he says. "We’re just working our way through the applications."

When Sherman spoke with a Chase representative in mid-June, she says, she was told she’d have to send in updated financial information since she’d now been waiting for three months.

Sherman complied, but she had a question for the Chase rep: "So all this time – these past 90 days – that I’ve been thinking an answer could come any day, no one was even looking at my file?"

She says that all the rep could say was that files were getting forwarded to a new department for processing.

In a New York Times article on Monday, Michael Barr, the assistant Treasury secretary for financial institutions, expressed frustration with loan servicers. “They need to do a much better job on the basic management and operational side of their firms,” he said. “What we’ve been pushing the servicers to do is improve their infrastructure to make sure their call centers are doing a better job. The level of training is not there yet.”

Barr estimated that by the end of August, the program would be churning out 20,000 loan modifications a week.

Update: Chase said today that it has approved 87,100 trial loan modifications through the government's program.