Plaintiffs in a federal lawsuit have expanded the scope of their action, alleging that Facebook and other major employers violated federal and state anti-age bias laws by excluding older job seekers from seeing online employment ads.

The Communications Workers of America and three older workers are suing on behalf of union members and others, who they claim missed employment opportunities because they never saw job postings after employers used Facebook-provided targeting tools and algorithms to direct ads to younger potential applicants.

The original complaint was filed at the same time as a December ProPublica–New York Times report that raised concerns about online job ads discriminating against later-career workers. Facebook subsequently limited job advertisers’ ability to exclude users in some demographic groups — but not groups defined by age.

In an amended complaint filed Tuesday with the federal district court for the Northern District of California in San Francisco, CWA and the law firm added claims to those they made in December. Beyond enabling exclusionary ads, the new complaint alleges that Facebook lets employers craft ads for “lookalike audiences” that are demographically narrow or similar to people already working for the employers placing the ads, a move that the plaintiffs say marginalizes older workers. 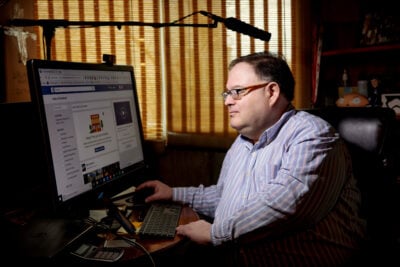 The revised suit also claims Facebook’s algorithm compounds the age-related targeting, narrowing the age ranges of those receiving ads beyond the limits chosen by employers. And the complaint adds the names of three more employers to the 12 the plaintiffs said used the targeting tools in the original complaint: Ikea, Enterprise Rent-A-Car and the University of Maryland Medical System. That number could grow as the case proceeds.

“The promise of online job sites was that the kinds of discrimination we saw in traditional hiring wouldn’t happen. But what we’re seeing is that those practices are just as prevalent,” said Ifeoma Ajunwa, a Cornell University sociologist and lawyer.

“In fact,” Ajunwa said, “you could argue they’re worse because with online systems there is no wiggle room, no accidental meetings of employers and applicants.”

Neither Facebook nor the newly identified employers are named as defendants in the lawsuit, which is focused on companies that the union and law firm say use or used the targeting tools.

Of the three employers named Tuesday, Ikea declined to comment and Enterprise said it is an equal opportunity employer. The University of Maryland said it “categorically denies” the allegations, uses a variety of outlets to advertise job openings, and hires without regard to age, race, gender or other protected characteristics.

A Facebook spokesman declined to comment Tuesday, referring a reporter to a statement issued by the company at the time of the original ProPublica–Times report defending its practices. “Used responsibly,” the statement said, “age-based targeting for employment purposes is an accepted industry practice and for good reason: it helps employers recruit and people of all ages find work.”

Peter Romer-Friedman, a lawyer with the firm of Outten & Golden that represents the plaintiffs, lambasted the company’s stance. “Algorithms may not care about equal employment opportunities, but our civil rights laws require it,” he said. “It’s disturbing that major American companies apparently believe it’s an accepted and appropriate practice to hide job ads from older workers.”

In part, the union’s and law firm’s expanded complaint appears aimed at coping with the fact the law shields online platforms such as Facebook when they are “passive conduits” of information by arguing that Facebook offers an extra layer of targeting and uses the ad targeting tools it provides for its own hiring.

Under the 1996 Communications Decency Act, internet companies are not liable “as publisher or speaker” of content placed on their sites, even when the content itself might violate laws. But the protection is under attack as evidence grows of Russian use of the internet during the 2016 campaign and reports, including by ProPublica, of Facebook and other sites facilitating hate speech by, for example, accepting ads aimed at “Jew-haters.”

The U.S. Court of Appeals in San Francisco, which covers the federal district court in which the expanded case is being brought, has previously ruled that internet companies’ legal shield doesn’t protect them in cases where an online firm “contributes materially to the alleged illegality of the conduit,” such as by providing drop-down menus to let users target by race.