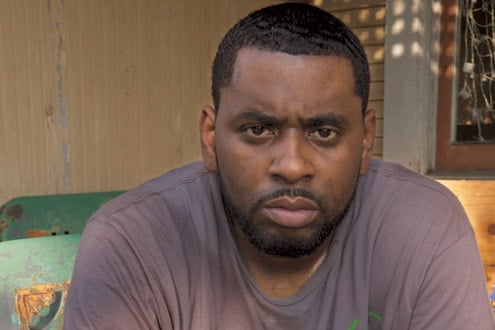 Television news reports are casting new light on the violence that flourished in New Orleans in the anarchic days after Hurricane Katrina in 2005.

The reports -- broadcast Thursday by WTAE TV in Pittsburgh and WDSU in New Orleans -- focus on two unsolved crimes: the near-fatal shooting of Donnell Herrington, who was allegedly attacked by a group of white vigilantes in the Algiers Point neighborhood, and the murder of Henry Glover, whose charred remains were discovered on a Mississippi River levee. Both victims are African American.

At the center of the news reports is a disturbing and grisly amateur video shot by a pair of private investigators in September 2005 and obtained recently by WTAE journalist Jim Parsons. (Full disclosure: This reporter was interviewed for the WTAE and WDSU stories.)

The private detectives, Mike Orsini and Istvan Balogh, are Pennsylvanians who traveled to New Orleans to volunteer in the wake of the storm. Orsini is a former police officer, while Balogh is an ex-corrections officer. They spent nearly two weeks camped out in Algiers Point, a middle class, largely white enclave nestled on the west bank of the Mississippi River.

On the video, a former Algiers Point resident talks calmly about shooting people. That man, Paul Gleeson claimed that he and his fellow gunmen shot 38 people and said that the victims were looters. Asked if any of the shooting victims died, Gleeson replied, "Who cares? I don't (expletive) know. Who cares? What does it (expletive) matter?"

The Algiers Point shootings, which have prompted an intensifying civil rights probe by the Federal Bureau of Investigation, were exposed late last year in stories published by The Nation and ProPublica. While the neighborhood gunmen say that they were simply defending the community against thieves, other witnesses say that the group targeted black men and spewed racial epithets.

Orsini and Balogh say that they saw as many as five corpses lying around the neighborhood, which did not flood and suffered only minor wind damage. Orsini told WTAE, "Nobody took care of these bodies, and these were all individuals who had been shot." The men videotaped one of the corpses, which was lying beneath a sheet of corrugated metal.

Orsini and Balogh have turned over their video over to the FBI.

In an off-camera interview with WTAE, Gleeson’s ex-wife, Nicole Geraci said that she didn’t believe Gleeson was capable of murder. Just how credible Gleeson’s claims are may be difficult to determine: Gleeson, an Irish citizen, was deported several years ago.

Another Algiers Point local, Cathy Carmack, told WTAE that the Algiers Point gunmen instructed her to not talk about the violence: "They told me to keep my (expletive) mouth shut and I'd be afraid. I mean, I don't want them coming after me."

The statements of Gleeson and Carmack further suggest that Herrington, who was shot on Sept. 2, 2005, while walking through Algiers Point, was the victim of an organized group. Herrington, who at the time was employed as an armored car driver, was on his way to an evacuation zone established by rescue agencies when he was attacked. He says that his assailants opened fire on him for no reason, and yelled, “Get that nigger!”

The video footage gathered by Orsini and Balogh also contains evidence of the slaying of Glover, a 31-year-old father of four who died after being shot in early September 2005.

The footage shows Glover’s scorched remains -- bone shards, ashes, and a skull -- as they lay inside an incinerated car on a Mississippi River levee.

Witnesses have linked the death to the New Orleans Police Department. Glover was shot by an unknown assailant near a shopping mall on the west bank of the Mississippi River. After the shooting, he was rescued by a stranger, William Tanner, who loaded the wounded man into his car and drove to a nearby elementary school where police officers had set up a command post. Tanner hoped that the officers could aid Glover or rush him to the nearest hospital.

Instead, according to Tanner and another witness, Glover’s brother Edward King, police personnel at the school failed to offer the bleeding man any medical assistance, allowing him to die in the back seat of Tanner’s white Chevrolet Malibu. Police then seized the car and Glover’s lifeless body, the witnesses say.

Glover’s burnt remains were later discovered in Tanner’s incinerated Chevy, which was dumped on a levee not far from an NOPD station.

The New Orleans Times-Picayune reported in June that federal agents are examining the possibility that NOPD officers were actually involved in shooting Glover; a federal grand jury has been hearing testimony on the matter for several weeks.

While Orsini and Balogh’s video is grainy and shaky, it clearly shows a large hole in Glover’s skull, which, according to forensic pathologists, could be evidence of violence -- a gunshot or other physical trauma -- or a product of the intense heat to which the body was subjected.

The video is significant in part because it appears that Glover’s skull never made it to the temporary autopsy lab in St. Gabriel, La., where his body fragments were examined in October 2005. There’s no mention of it in the autopsy report, and Dr. Kevin Whaley, a forensic pathologist who examined Glover’s remains, said that he didn’t recall seeing a skull. “We probably only had 15 percent of him,” Whaley told us last year.

And that raises more ugly questions: Did somebody steal the skull in an attempt to hide evidence of a crime? Or did someone take it as a souvenir of Katrina?

A.C. Thompson's original reporting on New Orleans was supported by the Investigative Fund at The Nation Institute, ProPublica, the Center for Investigative Reporting and New America Media.