The State of New Jersey is moving to revoke or suspend the license of a prominent psychologist, accusing him of failing to prevent details of patients’ mental health diagnoses and treatments from being disclosed when his practice sued them over unpaid bills.

The complaint against the psychologist, Barry Helfmann, a past president of the New Jersey Psychological Association, followed a ProPublica story published in The New York Times in December 2015 that described the lawsuits and the information they contained.

The complaint was filed by the state attorney general’s office on April 7 with the New Jersey State Board of Psychological Examiners. It accuses Helfmann of failing to take reasonable steps to protect patients’ confidentiality, failing to keep notes about certain patient visits, failing to release records requested by a patient and failing to supervise office staff about patient confidentiality and preserving patient records. Helfmann, the complaint says, “repeatedly failed to protect the personal health information of his own clients.”

The allegations encompass Helfmann’s own patients as well as those of his colleagues at Short Hills Associates in Clinical Psychology, a practice where he is the managing partner.

ProPublica identified 24 court cases filed by Short Hills Associates from 2010 to 2014 seeking payments in which patients’ names, diagnoses and the treatments they received were listed in documents. The defendants included lawyers, business people and a manager at a nonprofit. In cases involving patients who were minors, Helfmann’s practice sued their parents and included the children’s names and diagnoses.

After one patient filed a suit against Helfmann and his practice over the disclosures, the details of all patients were redacted from the court records. That patient’s lawsuit has been settled; the terms are confidential.

In an interview, Helfmann vigorously disputed the allegations and said he would contest the complaint. He said he relied upon the expertise of his lawyers in pursuing patient payments and has filed a legal malpractice case against the firm.

“We never authorized, we were never aware, nor would we have authorized the fact that they appended a copy of the bill to the lawsuit,” Helfmann said, adding that he only learned of it when the patient sued over the disclosure. “We were completely in the dark.”

Jeffrey Rothbard, a lawyer for the firm Rothbard, Rothbard, Kohn & Kellar, which is the target of the suit by Helfmann and Short Hills Associates, declined to comment. In the firm’s response to the complaint, its lawyers deny any wrongdoing.

Helfmann has also filed a lawsuit against the state psychology board and Joan D. Gelber, a senior deputy state attorney general, accusing them of violating his rights. And he has filed a grievance against Gelber with the New Jersey Office of Attorney Ethics, asserting that she misrepresented her inquiry into the matter, used inflammatory language in legal documents and sought to blame him for his lawyers’ actions. A spokesman for the state declined to comment on behalf of both the psychology board and Gelber.

The federal Health Insurance Portability and Accountability Act, the patient privacy law better known as HIPAA, requires health providers to disclose only the minimum information necessary if they sue patients over unpaid bills. But the law did not apply to Short Hills Associates because it covers only providers who submit data electronically, which the practice did not at the time. It now does.

Helfmann sent the state psychology board a letter from Alan Nessman, senior special counsel for legal and regulatory affairs at the American Psychological Association, noting that psychologists are not legal experts. “We generally recommend that our member psychologists rely on the advice of counsel in their state with appropriate expertise, particularly when the legal issues are complex,” Nessman wrote.

Helfmann is a leader in the field of psychology. He is president-elect of the American Group Psychotherapy Association, whose chief executive, Marsha Block, said she and the board were aware of the state’s complaint. “I don’t know what’s clear, what’s not clear at this point,” she said. “This is far from resolved.” 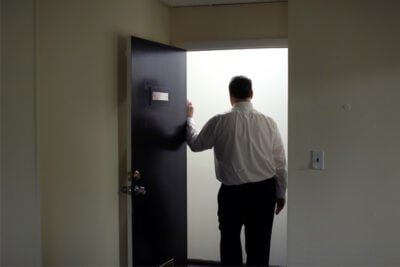 When pursuing unpaid bills, Short Hills Associates in Clinical Psychology disclosed the diagnoses and treatments of patients, including minor children, in court papers. “It turned my life upside down,” one former patient said. HIPAA doesn’t apply.

Helfmann said his reputation and his practice had suffered because of the accusations against him. He said he had a long track record as a defender of patient privacy: He was a leading advocate for a New Jersey law limiting the information an insurance company can seek from a psychologist to determine the medical necessity of a treatment. And in 2010, he was a plaintiff in a lawsuit against two insurance companies and a New Jersey state commission, accusing them of requiring psychologists to turn over their treatment notes in order to get paid.

“I’ve spent my entire career advocating for patient privacy in many, many endeavors,” Helfmann said. “And to be accused of something I didn’t do around patient privacy, which is a sacred tenet of what a psychologist does, is terrible.’’

Andrew Thomasson, a lawyer representing the patient who sued Helfmann over revealing personal information, disagreed. “I’m pleased that the state is following up on what has happened and understands the seriousness of the actions taken by Helfmann,” Thomasson said. “I think the attorney general’s complaint undermines the truth of Dr. Helfmann’s claims.”

Read other stories in our Policing Patient Privacy series.