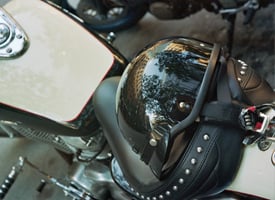 Last week was a busy one in the land of midnight regulations. Rules were finalized, and rules were withdrawn. We expect the next several days to be even busier. For a rule to take effect before Bush leaves office, it has to be finalized this week.

To kick off the week, we have posted five more rules to our Midnight Regulations chart. We have included three with pre-emptive language that limits state authority. For example, a new rule that would update the safety testing and standards for motorcycle helmets would also supersede state tort law. The American Association for Justice, a trial lawyers group, says this provision would prevent consumers from taking helmet manufacturers to court if they have met the minimum safety standards imposed by the Department of Transportation.

The other two "pre-emptive" rules regulate rail transportation of hazardous materials and the reporting of railroad-related accidents and incidents.

We also added a rule finalized last week on the guest worker program for the agricultural sector. Similar to other rules we have looked at, this regulation did seem to need revising. Farmers have long complained about the complexity of the application process for the temporary work permits, which has led to an underutilization of the program. But the rule put forward by the Department of Labor is still too onerous, critics say. It may hurt laborers as well by lowering wages and displacing U.S. workers.

Our fifth and final rule for the day will make the 2004 Americans with Disabilities Act and Architectural Barriers Act Accessibility Guidelines legally enforceable.

As always, we appreciate all of your suggestions, and we are doing our best to post as many of the proposed and finalized rules as we can.