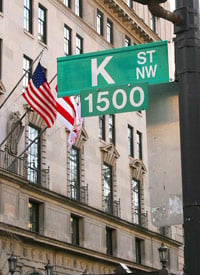 The Obama administration has updated its rules on stimulus lobbying to limit communication from everyone (not just registered lobbyists), so we’re updating our promise clock.

In March, the president issued a memo barring registered lobbyists from oral communications with government agencies regarding the stimulus, and required the agencies to publicly post any written communications from lobbyists on their recovery Web sites.

Our initial promise clock said we would consider the promise fulfilled when we saw communications posted, but in our analysis of the posted communications it quickly became apparent that lobbyists were skirting the rules by sending attorneys and junior staffers who were not registered lobbyists – and thus not covered by the memo – to meetings with government employees. In other cases, they were prepping the clients themselves to go into meetings alone. (Here is a table with links to the first few dozen contacts posted.)

This drew howls of protest both from good-government groups, who felt the lobbying ban wasn’t working, and lobbyists themselves, who felt they were being unfairly singled out.

The updated rules address this concern: They say  communications with all registered and unregistered lobbyists, or with "anyone else exerting influence on the process," are covered and must be disclosed –  – but with a Roger Maris-sized asterisk.

Everyone is banned from oral communication with government agencies regarding stimulus funding during the window of time "after competitive grant applications are submitted and before awards are made," under the theory that this period is most ripe for undue influence on funding decisions. Written communications are still to be posted.

But lobbyists are now allowed to speak by phone or in person  with government employees about stimulus-related subjects the rest of the time – as long as summaries of those conversations are posted online.

Will this encourage non-registered stimulus lobbyists to come clean? The proof will be in the posted documents.

Meanwhile, we will reset our promise clock, to be stopped when a non-lobbyist communication shows up on an agency site.