The New York City Council has announced an ambitious slate of legislation to reshape the NYPD and increase accountability at the nation’s largest police force. Among the proposed changes, the police commissioner would be stripped of final say over disciplining officers.

In an ongoing investigation, ProPublica has detailed how NYPD officers who’ve mistreated civilians have escaped significant punishment and even been promoted to top positions, while commissioners have often dismissed proposed penalties for officers.

Another bill in the package would remove NYPD officers as the default responders to emergency calls related to mental health. As ProPublica recently detailed, the NYPD has killed at least 16 civilians in crisis over the past few years, including 32-year-old Kawaski Trawick, who was shot just 112 seconds after officers arrived at his apartment.

The NYPD and Mayor Bill de Blasio’s office told ProPublica they are assessing the bills. “We look forward to reviewing all legislation and working in partnership with the Council in pursuit of our shared goal of longstanding police reform,” the mayor’s office said in a statement.

Despite support among key City Council members, the changes are not a foregone conclusion. For example, decades-old state laws have left some ambiguity about whether the council can on its own roll back a police commissioner’s discipline authority. So the City Council has proposed that the state Legislature move on the issue first.

The NYPD and de Blasio have also offered their own changes. The NYPD has adopted detailed guidelines — “a disciplinary matrix” — laying out the punishments officers should face for misconduct. 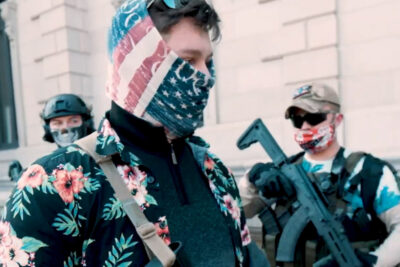 Last week, de Blasio proposed to expand the power of the Civilian Complaint Review Board to investigate alleged police abuse.

Neither de Blasio’s proposals nor the matrix would limit the NYPD’s current discretion over discipline.

The CCRB voted last week to use the NYPD’s disciplinary matrix, but some members of the 15-member board expressed reservations.

“We are literally adopting the police’s own policies,” said board member Marbre Stahly-Butts. Noting that the NYPD would not be required to follow the guidelines, she called the matrix “meaningless.”

Levin told ProPublica the NYPD can’t be left to discipline officers on its own. The NYPD has failed to do so for decades, he said, “so why would we think things would change without laws requiring them to do so?”

Some reform advocates in New York City said that while they’re glad to see the council take action, the proposals alone aren’t enough. “There needs to be careful scrutiny, additions to the package, retooling and a real commitment to significantly decrease the NYPD's outsized budget, scope, size and power,” said Anthonine Pierre, spokesperson for Communities United for Police Reform.

Also on Friday, the Brooklyn district attorney, Eric Gonzalez, announced he is moving to vacate more than 200 warrants related to prostitution and dismiss the underlying charges. In December 2020, ProPublica published an investigation of how prostitution is policed in New York City. Our story showed that those arrested for buying and selling sex are almost exclusively people of color, that many vice officers don’t believe the arrests improve public safety and that they were driven significantly by overtime pay.

The district attorney, who began moving in this direction last year, has also renewed his support to repeal the law that makes it illegal to loiter for purposes of prostitution. Critics have long said the law is often used to harass transgender people. Gonzalez said he is also asking the state Legislature to pass a bill that would expunge past prostitution convictions, so that they no longer appear in background checks for employment, housing or other opportunities. This would affect more than 25,000 Brooklyn cases dating back to 1975.

The move was one of many reforms that Brooklyn Defender Services, which represents tens of thousands of defendants a year, advocated for in a letter to the district attorney and other officials after the ProPublica story.