A group of New York lawmakers are calling on the New York Police Department to stop all undercover operations that aim to arrest sex workers or their clients, after a ProPublica investigation revealed that the busts have led to numerous allegations of false arrest and sexual misconduct, and that almost everyone arrested was nonwhite.

Assemblyman Ron Kim and four other elected officials made that recommendation in a letter this week to leaders of the City Council and the state Assembly and Senate. The letter also asks for an oversight hearing to examine misconduct allegations against the NYPD vice unit, the primary division that polices the sex trade.

Separate from the letter and the call to end undercover operations, Council Speaker Corey Johnson and New York City Public Advocate Jumaane Williams, two of the city’s most powerful political leaders, told ProPublica they believe the vice unit should be disbanded altogether. “It is one of several areas where we can reduce the law enforcement budget without compromising public safety,” Williams said. “The squad is ripe for corruption and hasn’t kept the people safe.”

Ten other city and state lawmakers, all Democrats, have expressed support for the same.

“As elected officials, our governing mandate is to resolutely and without hesitation defend the interests of the most vulnerable people in our districts,” said the letter, written by Kim, Assemblywoman Yuh-Line Niou, state Senators Jessica Ramos and Julia Salazar and city Councilman James Van Bramer. “Police ensnare the most vulnerable people of color, including women, trans and LGBTQ youth, as well as men of color walking on the street in Black and Latino neighborhoods.”

ProPublica found that arrests of people buying and selling sex are often based entirely on the word of an undercover officer, and that the exchanges between officers and targets are inconsistently recorded and disclosed. The Brooklyn District Attorney’s Office told us it learned that these operations were sometimes recorded only when reporters contacted them this year.

Since 2014, the city has had to pay more than $1 million in taxpayer funds to settle false arrest lawsuits. In interviews, current and former officers said overtime pay was a significant driver of their arrests, which are made by vice and by neighborhood precincts. Many cops believed their work had little impact on public safety. One former officer said she participated in false arrests herself; others acknowledged they could slip through.

In their letter, the lawmakers expressed alarm over these findings and, among other things, requested “an independent investigation into the recordings of prostitution and patronizing arrests, which have repeatedly failed to be turned over to defense attorneys and prosecutors.” They also want the Department of Investigation to open a broader investigation into misconduct allegations against the vice unit. 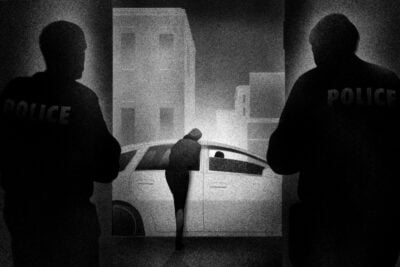 Some officers, driven by overtime pay, go undercover to round up as many “bodies” as they can with little evidence. Almost no one they arrest is white.

Mayor Bill de Blasio’s office said it was reviewing the proposed reforms. The NYPD did not respond to requests for comment on this story. In previous statements, a spokesperson for the mayor said “the NYPD Vice Unit will conduct itself in a way that reflects” the goal of ending exploitation and aiding trafficking survivors, while the NYPD said it shifted its enforcement priorities from sex workers to “johns” and “pimps” in 2017 and “maintains heightened vigilance and robust oversight over all its undercover operations.” The department did not comment on the recording issue, other than saying it “never discloses specifics of our tradecraft or investigatory methods in undercover cases.” It did not answer any questions on the specific allegations of false arrest or sexual misconduct in the original story.

The Department of Investigation, which oversees the Office of the Inspector General for the NYPD, has received at least two other requests to investigate the vice unit in recent years.

In early 2018, the Legal Aid Society asked the inspector general to investigate allegations of false arrest by an active officer and vice veteran known only as Undercover 157. In an April 2019 letter, Assemblyman Dan Quart and three other lawmakers described the vice unit as a “traditional hotbed of corruption,” citing the arrest of a former detective who was running a prostitution ring, the death of a sex worker during a vice raid and accusations against another officer who allegedly participated in sex acts with people he arrested.

In an email to ProPublica, Quart said that the investigation he and his colleagues requested in 2019 “hasn’t happened. Yet, horrible instances of police abuse and subsequent lawsuits pile up.”

In response to questions for this story, the DOI said “it is very aware of this matter and it is ongoing.”

Stefan Ringel, a senior advisor to Brooklyn Borough President Adams said that “if there is any impediment to delivering this investigation, the OIG should inform the borough president and City Council so they act accordingly and escalate if necessary.”

City Councilman Antonio Reynoso said action from the Council is imperative because “the mayor has shown an unwillingness to address problems within the NYPD and the department has shown itself to be completely unequipped to police itself.” He told ProPublica the Council should use its legislative and budgetary authority to “put an end to these types of unnecessary and abusive practices.”

In an interview, Sen. Salazar, the lead sponsor of a Senate bill to decriminalize sex work in New York, said she is skeptical of the Department of Investigation’s willingness to provide meaningful oversight of the vice unit.

“If legislators struggle to get a response about this, then it really indicates that it’s even harder for the public to see accountability for the police and for police misconduct,” she said.

Richard Gottfried, who is the longest serving member of the state Assembly and lead sponsor of its version of the decriminalization bill, said that consensual sex work “shouldn’t be the business of the criminal justice system” and that vice ought to focus on more pressing matters. “Criminalizing sex work actually makes it harder to enforce laws against human trafficking and sex with minors.”

Two of the largest public defender agencies in New York City, the Legal Aid Society and Brooklyn Defender Services, also issued calls for reform following the ProPublica story. In a press release, Leigh Latimer, supervising attorney of the Exploitation Intervention Project at Legal Aid, said, “It is time for the NYPD to acknowledge that Vice officers engage in unethical and, sometimes, illegal behavior and to ensure that those officers are held accountable for the harm they cause.”

“Having a squad of police officers whose job is to go undercover, buy or sell sex under false pretenses on a regular basis, record themselves surreptitiously, and then leverage their recordings and relationships largely against low-income, BIPOC New Yorkers is a recipe for abuse,” Lander told ProPublica. “It’s time to end it.”