MEMPHIS, Tennessee — Memphis’ largest health care system almost never gave patients discounts based on their income even as it pursued thousands for overdue bills in the last several years, according to new information released this week.

Since 2014, Methodist Le Bonheur Healthcare, a nonprofit, collected just over $169 million from more than 977,000 patients with bills at least 30 days past due, but only 1% of those received financial assistance during the collections process, the hospital reported in a lengthy response to a query from Sen. Charles Grassley, R-Iowa, who chairs the Senate Finance Committee.

The hospital also disclosed that employees at its now-shuttered collection agency were given financial incentives based on the money they recouped from patients. Workers received a 10.75% commission on amounts collected over $30,000 per month, the hospital’s response said.

Methodist’s aggressive collection practices caught the attention of Grassley last year, after an investigation by MLK50: Justice Through Journalism and ProPublica.

In a letter Grassley sent Wednesday to the Senate Finance and Judiciary committees, he noted that the health care industry has protested that the tax code that guides tax-exempt hospitals’ charity care and collection practices, Section 501(r), is too strict.

But his inquiry into the billing practices of Methodist and the University of Virginia Medical Center, which was the subject of a similar investigation last year by Kaiser Health News, “unfortunately has shown that, if anything, the requirements of 501(r) need to be strengthened rather than softened.”

He noted that Methodist and UVA are far from the only two hospitals that have engaged “in billing and debt-collection practices that defy the spirit” of the tax code.

“That may create some good outcomes but it is an unsustainable way to ensure a distinction between for-profit and non-profit hospitals,” Grassley wrote. Tax rules “should make clearer what non-profit hospitals must do for low-income patients in order to maintain their tax-exempt statuses.”

Grassley’s focus on the nonprofit hospitals comes as the COVID-19 pandemic ravages the country and is straining hospitals nationwide, including in his home state of Iowa. Grassley himself tested positive for COVID-19 recently and completed a quarantine before returning to the Capitol. But the senator said as life returns to normal with the anticipated approval of vaccines, Congress must renew its efforts to rein in nonprofit hospitals.

Neither Methodist nor UVA responded to requests for comment.

In his letter to Grassley, Methodist CEO and president Dr. Michael Ugwueke told the senator, “We share your commitment to those who are underserved because providing health care for everyone — regardless of their ability to pay — is essential to our Methodist heritage and mission.”

UVA’s interim CEO, Dr. Chris Ghaemmaghami, wrote in a November 2019 letter to Grassley that when the hospital fell short of its standard to “treat all patients with fairness, dignity and compassion,” it would acknowledge its mistakes and do better, as it believes it has done with its changes to its billings and collections practices.

In June 2019, MLK50 and ProPublica reported that Methodist sued more than 8,300 patients between 2014 and 2018, many of whom are low-income and could not afford their hospital bills. After winning a judgment, Methodist would then try to garnish the defendant’s paycheck, even when the defendant made very little money. Not infrequently, the defendant would also be a Methodist employee.

In response to the MLK50-ProPublica articles, Methodist dropped thousands of lawsuits against patients and has only filed two additional lawsuits for unpaid hospital bills since July 2019. It also erased at least $11.9 million owed by more than 5,300 defendants and announced that it would no longer sue its own employees. 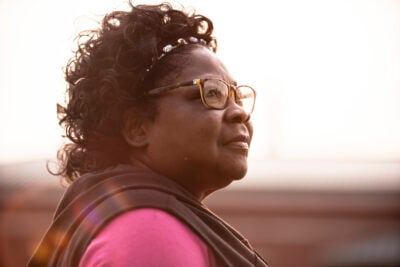 Under its new policies, the hospital also will not file suit against any patient in households that earn less than 250% of the federal poverty guidelines, regardless of their insurance status.

The IRS requires tax-exempt hospitals such as Methodist to provide charity care, but it does not dictate how generous that care must be. The tax code sets guidelines around what it calls extraordinary collection actions, which include lawsuits, garnishments and liens for unpaid hospital bills. The IRS has not accused Methodist of violating those guidelines, but an MLK50 reporter found that the hospital had not posted its charity care guidelines in public places as required. (The hospital subsequently posted its guidelines.)

In earlier statements, Methodist stressed that it provided $226 million in “community benefits” annually but it had declined to tell MLK50 and ProPublica how much of that went to charity care. The documents released by Grassley show the specifics: In 2018, about $96.4 million, or 42%, of the total $228 million net community benefit was discounted or free care to indigent patients.

Following news reports of their aggressive debt collection practices, Methodist and the University of Virginia Medical Center were grilled by Grassley in separate letters last year. The hospitals’ responses and copious attachments filled more than 950 pages.

Methodist’s answers, released by the senator on Wednesday, provide an inside look at the hospital’s collection procedures, and the attached documents include previously unrevealed guidelines that detail, step by step, how it determined whether a patient should be sued for an overdue bill.

The hospital said it relied on “reputable third-party data aggregators” to determine whether a patient’s household income was below its threshold for filing suit.

It’s unclear, and the senator did not ask, whether Methodist had used those aggregators in the past and, if so, why they did not find so many patients whose incomes fell below the threshold for charity care.

If it had, the hospital would have seen that grocery clerk Carrie Barrett’s income in 2018 was $13,800, which should have enabled her to get a 100% discount on hospital charges. The hospital had sued her in 2010 for an unpaid bill, and by 2019, with interest and attorney’s fees, her debt had ballooned to $33,000. (After the articles were published, Methodist erased Barrett’s debt.)

In October, Grassley followed up with both hospitals to ask about the pandemic’s impact on their operations.

Methodist said that this spring, it cut back on elective procedures, causing the number of patients it treated to drop by more than 40%. The pandemic has cost the hospital $28 million that was not made up by state or federal assistance, leading it to furlough some employees and cut back workers’ paid time off, it said.

In an email to Methodist employees Tuesday, Ugwueke captured the human toll of the virus; more than 200 employees were out with COVID-19 or were being referred for testing.

“With staffing shortages and increasing patient volumes contributing to our capacity issues, we need to do our best to keep ourselves healthy so we are able to continue to provide the best possible care for our patients,” he wrote.

“I’ve spoken with a number of you who are working tirelessly on the frontlines day in and day out to care for our patients. ... Your dedication does not go unnoticed. We will get through the hard times because of each of you.”