This story was co-published with The Des Moines Register.

The new cases bring to 65 the number of instances identified by ProPublica since 2012 of inappropriate social media posts by employees of long-term care facilities. Most involve Snapchat, a social media service in which photos appear for a few seconds and then disappear with no lasting record. Photos have also been posted on Facebook and Instagram. ProPublica has been tracking this issue since 2015.

While the problem isn’t new, the pace of reported incidents has certainly picked up — and it’s not clear why. It could be that there’s heightened vigilance among regulators and nursing homes, leading to more reports. Last August, federal health regulators said they would crack down on nursing home employees who take demeaning photographs and videos of residents and post them on social media. Another possibility is that the problem is actually getting worse as more and more people use social media apps on their cellphones.

Among the cases since May 2016, based on government inspections and media reports:

The resident’s son, in a meeting with inspectors, wiped his eyes with a tissue and paused, saying his mother would not react well if she knew this had happened. The son’s wife said, “She is the most God-loving woman who wouldn’t hurt a flea. The kindest woman, and for someone to do this to her …” The assistant, who was fired, initially denied taking the picture but later admitted it.

The American Health Care Association, the nursing home industry trade group, said it continues to offer training across the country to educate home officials and employees about the importance of protecting patient privacy and avoiding social media abuses.

“Any case of abuse is appalling and deeply troubling,” Beth Martino, the group’s senior vice president for public affairs, wrote in an email. “Actions that jeopardize the privacy, dignity and safety of the elderly should be condemned and prosecuted to the fullest degree possible. Ensuring the safety and well-being of our residents is the number one priority for our members.”

The Centers for Medicare and Medicaid Services, which oversees nursing homes, told state health departments last summer that they should begin checking to make sure that all nursing homes have policies prohibiting staff from taking demeaning photographs of residents. CMS also called on state officials to quickly investigate such complaints and report offending workers to licensing agencies for possible discipline. State health departments help enforce nursing home rules for the federal government.

“CMS continues to be concerned about the mental abuse that results from unauthorized use or posting of resident photos and videos on social media,” an agency spokesperson said in an email.

Of the six cases reported in Iowa, homes themselves reported four to the state Department of Inspections and Appeals, one was called in as a complaint, and the other was discovered during an on-site inspection. 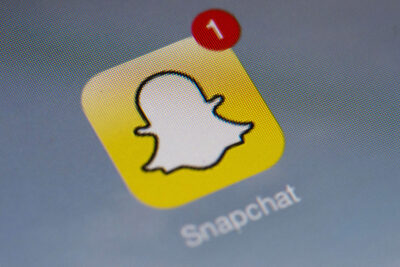 Below are details of 65 incidents since 2012 in which workers at nursing homes and assisted-living centers shared photos or videos of residents on social media networks. The details come from government inspection reports, court cases and media reports.

“We’re not alarmed by that number at all,” said David Werning, a spokesman for the state agency. “The facilities in Iowa, I think, are very much aware of the fact that we were looking at this issue. With the CMS directive that came out last August to develop social media policies, we’re not surprised at all that the facilities are calling us to say, ‘Hey, we have an instance you need to look at.’”

Werning’s department proposed a change in Iowa law after a certified nursing assistant in Hubbard, Iowa, shared a photo online in March 2016 of a nursing home resident with his pants around his ankles, his legs and hand covered in feces, and state inspectors discovered there weren’t any regulations to hold the aide accountable. In the future, the state’s definition of dependent adult abuse will include “the taking, transmission, or display of an electronic image of a dependent adult by a caretaker, where the caretaker’s actions constitute a willful act or statement intended to shame, degrade, humiliate, or otherwise harm the personal dignity of the dependent adult.”

“The number of reports in Iowa makes me wonder how well reporting is going in other states,” he said in a statement to ProPublica. “People should report these incidents. Reporting is key to enforcement, and enforcement is key to prevention. … They have to face the consequences of negative inspection findings and penalties if they don’t.”

Grassley also has pushed Snapchat and other companies to do more to curb abuse of seniors on social media and to make it easier for people to report suspected abuse.

“Images of nursing home abuse will never have a safe or welcome place on Snapchat,” the company Snap Inc. said in a statement. “This content not only violates the law and our guidelines – it offends our common decency.”

Snap is rolling out a system that allows users to report abuse within the Snapchat app itself rather than relying on users to go to the company’s website to file an abuse report. Snapchat has more than 65 million daily active users in the U.S. and Canada.

Some efforts to curb inappropriate photo sharing have been slow. The Office for Civil Rights within the Department of Health and Human Services could take action in such cases as part of enforcing the federal patient privacy law known as HIPAA. But that agency has not penalized any long-term care facilities for photos posted online and has yet to release any social media guidance for health care providers. An official told ProPublica last summer that guidelines were in the works, but to date, none have been issued.

Not all of the examples ProPublica identified were exploitative. A nurse aide at Northern Mahaska Specialty Care in Iowa posted a photo of a resident on Facebook last year. She said she had known the resident and family for years and they were OK with it. But there was no written permission and the home was cited by government inspectors. The employee was off duty at the time and did not realize the home’s social media policy applied to her when she took the photos. The home’s policy allows family members to take photos of a resident (so long as no other residents are in view) but staff members are not permitted to do so.

Care Initiatives, the home’s owner, said in a statement, “The incident in question runs counter to our employee social media usage policy and was not in line with the training we provide staff regarding our behavior expectations. Our own staff rightly alerted their supervisors of the post, we acted quickly upon learning of the post, reported the situation to proper authorities, and the staff member in question is no longer employed by our organization.”

Some nursing homes are pushing back.

Lone Tree Health Care Center, also in Iowa, appealed a \$68,000 fine imposed because the facility did not conduct a timely investigation after receiving a tip about photos containing residents being posted on Snapchat in June 2016. Inspectors said the home placed residents in “immediate jeopardy” of harm by not investigating, as well as by not reporting the matter to the state or separating potential abusers from residents.

Chris Wolf, the home’s administrator, said she thought the fine was excessive. The photos did not contain abuse or nudity, she said, and did not put residents at risk. Three aides were disciplined and staff members at the home received training and were instructed to leave their phones in their cars or at home. Wolf said she was recently informed that CMS was withdrawing the immediate jeopardy designation and cutting the fine in half.

However, Wolf said, because of the ephemeral nature of photos on Snapchat, neither the home nor authorities saw the posts in question. “As far as I’m concerned, the whole thing is pretty ridiculous. Nobody in an agency capacity has even seen the picture nor can they see the picture, so how can you write a deficiency let alone a fine when there isn’t a picture to substantiate the accusation?”

Has your medical privacy been compromised? Help ProPublica by filling out a short questionnaire. You can also read other stories in our Policing Patient Privacy series.