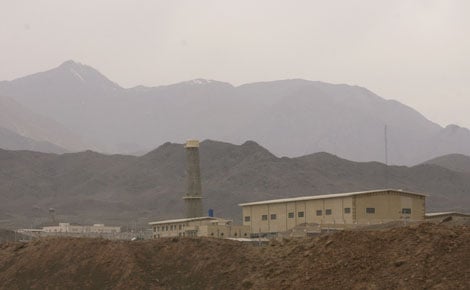 Iran’s five-page offer for talks with the Obama administration, first published here, appears to have been accepted by the White House. Shortly after the offer was presented Wednesday, a host of anonymous Western diplomats were quoted as dismissing the offer in its entirety because it did not address outstanding issues related to Iran’s nuclear program. In fact, some diplomats were quoted as saying that the Iranian proposal included an outright refusal to discuss its ongoing nuclear efforts.

But the proposal, which was disclosed by ProPublica Thursday, contained no such claims. We have posted links to the English and Farsi (PDF) versions, as they were given to diplomats in Tehran. While Iran did not commit in the offer to disclosing the genesis or original intent of its nuclear program, it did not discount the possibility either: The five-page proposal was simply silent on the matter.

State Department spokesman P. J. Crowley told reporters that Iran's lack of interest in addressing its nuclear program is not a reason to refuse to talk. "If we have talks, we will plan to bring up the nuclear issue," he said.

According to the Iranian proposal, the Tehran government is ready for comprehensive negotiations on a broad range of issues including global nuclear disarmament, regional security, economic incentives and a number of items at the heart of Iran’s own national security interests such as drug trafficking.

"We are seeking a meeting now based on the Iranian paper to see what Iran is prepared to do," Crowley said. "If Iran responds to our interest in a meeting, we'll see when that can occur. We hope that will occur as soon as possible.

Any meeting would likely include representatives from Russia, China, Britain, France and Germany, who have been coordinating efforts with Washington to coax Iran to the negotiating table. If successful, this would be the first formal, substantive talks between the United States and Iran in 30 years. The two countries worked closely in 2002 to help form a new government in Afghanistan and have traded some intelligence and information on Al-Qaeda. But those talks centered on very specific issues and were not held in the context of repairing relations damaged by the 1979 Iranian Revolution and the ensuing hostage crisis inside the U.S. embassy in Tehran then.

Iran’s nuclear program began in secret two decades ago with illicit help from Pakistan. It was exposed in 2002 and quickly became the focus of United Nations nuclear inspectors. Iran maintains that the program is designed to provide the oil-rich country with nuclear energy and has refused to address evidence that suggests it was originally designed to produce fuel for nuclear weapons. The lack of cooperation, coupled with Iran’s continued progress on its nuclear program, has led to three rounds of international sanctions.