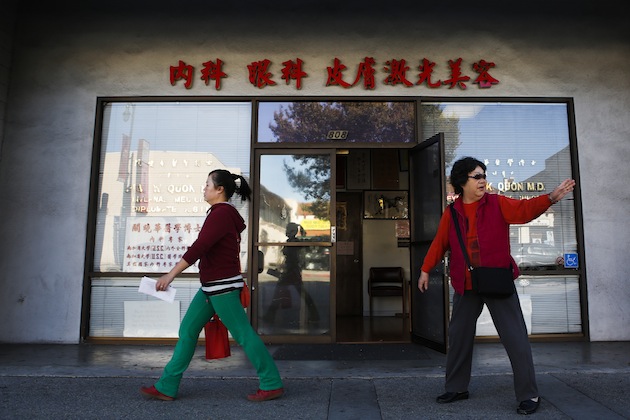 This is the Los Angeles office of Dr. Hew Wah Quon. He is one of Medicare’s top drug prescribers.

In 2011, Dr. Quon alone could have saved Medicare $5 million by prescribing like his peers and using more generics. But Medicare doesn’t limit the amount of name-brand prescriptions doctors can dole out.

In contrast, the Department of Veterans Affairs requires prior approval for most name-brands. Medicare could have saved $1.4 billion in 2008 alone simply by prescribing generics at the same rate as doctors who treat veterans, according to researchers.

Against this backdrop, Medicare has lost billions in Part D's eight-year history. And taxpayers are footing the bill.

Read the related story, then let us know...

What do you think should be done to fix this issue? Share your thoughts with the hashtag #RXcheckup.

Tuesday, November 19th at 1 pm E.T. join reporters Charles Ornstein and Tracy Weber for a LIVE CHAT on their investigation into how Medicare's failure to track doctors wastes billions on name-brand drugs.