This article was produced in partnership with the Malheur Enterprise, which was a member of the ProPublica Local Reporting Network in 2018.

PORTLAND, Ore. — The state of Oregon needs to overhaul the way it handles people found guilty except for insanity and better track what happens to them once they are released from state jurisdiction, the head of the agency that supervises such defendants said.

In an interview, Alison Bort, executive director of the Oregon Psychiatric Security Review Board, acknowledged gaps in the system for treating and discharging people found criminally insane and said the state Legislature should consider appointing a state task force to weigh reforms.

“I don’t think anyone disagrees we can do better,” Bort said.

The review board has been under scrutiny for the past two years after a person it released was accused of killing two others within a month of being set free. In addition, a series of stories by ProPublica and the Malheur Enterprise documented that the state does not track those it releases.

Bort’s agency is responsible for 575 people charged with crimes who subsequently were determined to be insane. Of those, 205 are committed to the Oregon State Hospital and 364 have been released with conditions into community settings. Six others are in prison or have absconded.

Bort was scheduled to appear Wednesday before a subcommittee of the Legislature’s Joint Committee on Ways and Means, which is reviewing the agency’s budget. Bort, an attorney and clinical psychologist, took over the agency last June.

In a wide-ranging interview, Bort acknowledged that some defendants, through poor diagnosis or fraud, are getting into the mental health system when they should remain subject to criminal penalties.

Bort said she hopes a task force can examine four areas: how defendants get into the system, their treatment while under state jurisdiction, the process for early discharges and then dealing with people once they have been freed.

She proposed the task force last week in a letter to state Sen. Floyd Prozanski, a Democrat from Eugene and chair of the Senate Judiciary Committee.

“Our ultimate goal is to develop comprehensive system fixes and avoid piecemeal legislation that might have unintentional negative consequences,” she wrote.

Bort said she is working to get better information on what happens to people who are freed from board jurisdiction, whether because they were let go early or have finished the term set by a state judge.

She is contracting with another state agency, the Criminal Justice Commission, for the most thorough government study yet into the recidivism of those discharged by the PSRB.

Bort’s reform work traces to a double murder in the Oregon border town of Ontario more than two years ago.

Anthony Montwheeler, 51, was discharged by the PSRB in December 2016 after he insisted he had been faking his mental illness for 20 years. Three weeks after he left the Oregon State Hospital in Salem, state prosecutors charge, Montwheeler kidnapped and stabbed to death an ex-wife and then killed a local man and injured his wife in a deliberate crash while he was being pursued by police.

In the months after the January 2017 murders, the Vale-based Malheur Enterprise investigated the circumstances leading to Montwheeler’s freedom. Then, in January 2018, the weekly newspaper teamed up with ProPublica to investigate Oregon’s system for dealing with the criminally insane. The team reported through the year about those released from state jurisdiction who then committed new crimes, and it showed the state had no system for tracking such individuals. 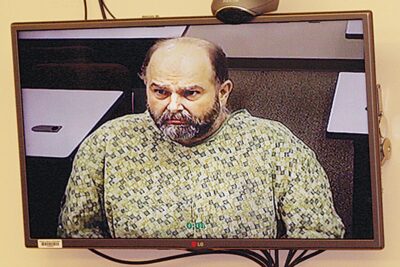 Because of issues raised by the news reports, Bort directed her staff to update a limited recidivism study, sampling three years: 2001, 2006 and 2011. Of those discharged by the Security Review Board in 2011, for instance, 21 percent were convicted of a new crime within three years, the updated review found. That compares to 39 percent of those released from Oregon prisons.

Bort said she wants to understand the numbers in context, including the range of crimes involved and how many involved confrontations with police. She wants to know if there is a difference between people who are discharged early from their sentences and those who are freed because their sentence is up.

She said she would then try to determine opportunities for improvement, including identifying information in records used by the PSRB to improve its discharge decisions and better planning for care for insanity defendants after they are freed.

Bort said she wants to evaluate those who are freed and aren’t charged with a crime. Their cases, she said, could provide clues about other changes.

“Why did they succeed? What helped them?” Bort asked.

Bort also is considering how to modify the state’s process for releasing defendants from the board’s jurisdiction. She said Oregon could consider keeping people in facilities indefinitely if they are deemed “high risk” and aren’t making progress under treatment or if their disorder remains active, even if they aren’t judged a risk. But Bort said she worries about stigmatizing those with mental illnesses.

Bort said in the interview that extending sentences would add to the PSRB’s workload and add to state costs for hospitalization.

Bort also wants to consider tightening procedures for discharging clients short of their sentence. That would include requiring more specific evidence to establish a client is ready for release, Bort said.

She suggested that the full membership of the PSRB conduct hearings regarding full discharges. The five-person board includes a mix of professions, and Bort said having all that expertise available at each hearing could help. Currently, hearings are typically conducted with three board members.

“This might help the public assurance that more people looked at each case,” Bort said.

Bort thinks Oregon can do more to prevent malingering. She said criminal sentences could include enhanced time for someone who attempted to evade prison by faking mental illness.

“Maybe you wouldn’t lie if you knew there was a chance for extra time on your sentence,” Bort said.

The state also might bar anyone from resorting to an insanity plea to new criminal charges if the individual previously had been found to be malingering.

“One fix might be some sort of consultation with the board,” Bort said.