In August, we spent an evening hand-addressing more than 200 letters, mostly to residents of Memphis, Tennessee. The city is the second-poorest large metropolitan area in the country, with nearly 1 in 4 residents living below the poverty line. About half of the letter recipients had been sued by a private-equity backed doctors group because of unpaid medical bills. The other half had been sued by a separate company.

Our team, led by reporter Wendi C. Thomas of MLK50: Justice Through Journalism, was investigating the way large institutions profit off people who are poor in Memphis. She had already reported that Methodist Le Bonheur Healthcare, the area’s largest hospital system, had aggressively sued poor people — and the hospital quickly suspended the practice.

Several other companies also were filing lawsuits against people unable to pay their bills. Court records showed us who these people were, but we didn’t know what these debts meant for their lives. We knew letter-writing alone wouldn’t be enough to connect with people, but it was a start.

After we put our letters in the mail, we continued to try to reach people who had been sued by posting flyers in neighborhoods, making dozens of calls (and getting hung up on plenty of times) and speaking to community leaders.

We understood, through research, that many journalists have historically covered these communities in extractive and self-serving ways, partly because of resource constraints and partly because many aren’t from the communities they cover. Our partners launched MLK50 to break patterns like these. We hoped deliberate engagement would result in real change for the people we reached.

It worked. Even before our story on the doctors group was published with MLK50, the company said it, too, would stop suing its patients.

These successes were driven, at least in some measure, by people — dozens of them — who shared their stories with us and brought us evidence that helped us document the aggressive debt collection practices of these companies. Wendi found sources for the first story in the investigation by spending a lot of time in court. But when she started reporting on the doctors group, she learned that the cases weren’t being handled in court as often, so she didn’t have as many opportunities to interact with defendants in person. Our team decided to try something new.

We’re sharing evidence that building trust can lead to journalism that changes lives. We hope that journalists and communities everywhere can use what we’ve learned and create stronger, more representative journalism.

a. Do your community research, and go beyond the usual sources. In the first story of the investigation about Methodist, people talked to Wendi in court, but some of them wouldn’t answer follow-up calls or text messages. By speaking to pastors, nonprofit leaders and health groups, we learned why. “One of the main reasons that people will hang up or be super reluctant to answer the phone is because of the amount of debt collection calls they’re getting,” said Bryce Stout, the economic development manager with the nonprofit community organization Advance Memphis.

Stout, who leads financial literacy classes for communities across the city, told us that building relationships before launching into conversation around debt collection is particularly important given the stigma and shame associated with the topic. “Over the phone is really, really difficult if you don’t have a relationship with somebody,” he said.

b. Check your assumptions. Wendi, who has been a journalist in Memphis for more than 15 years, helped us factor in community characteristics like literacy levels and internet access. If you don’t have a reporter with this expertise on your team, don’t make assumptions about a group. Run it by a community expert first, and brainstorm ways to reach the quieter voices in the crowd.

a. In-person outreach is one of the best ways to get in touch with people. Wendi spent time in courthouses. Our freelancers handed out flyers about our project and struck up conversations about debt in storefronts and coffee shops.

We can’t overemphasize the importance of doing this kind of in-person outreach in communities where trust needs to be built.

b. Many communities consider journalists to be inaccessible. Just as we may view some folks as hard to reach, members of the community might view us as hard to reach because they may have to go outside their regular channels to have a conversation with a reporter.

Figure out the community’s schedule, and put yourself on it. Go to church, festivals, football games and markets. Make your calls on weeknights or weekends, when you know that members of the community are more likely to be at home and in a place where they can talk to you about a sensitive topic.

c. We never said it was going to be easy. Expect that you’ll find nonworking phone numbers, and expect that people will hang up on you when you find one that works. Often people who are having a tough time making enough money to pay the bills move frequently. Their addresses change, and so do their phone numbers. Remember that this work is less about quantity and more about who you are able to reach.

We used a multiple touches campaign:

We found about 10 people willing to share their stories through this approach, including Jennifer Brooks. She was one of the people featured in the investigation into the doctor’s group. She said that getting the letter gave her time to think about whether she wanted to participate in the reporting, to talk it through with her loved ones and to get to know our work before we called. The letter was critical in her decision to open up to us, she said.

a. Build on your success by keeping track of what’s working. We’re planning on writing follow-up letters to everyone we initially reached out to. We want to tell them what we found in our reporting, and what we hope to report on next. Being transparent about this is part of the trust-building process.

Here’s a template you can use, based on what worked for our team when tracking our crowdsourcing.

b. We’re continuing our work with MLK50. We’ll be bringing together a group of people in Memphis and giving them resources — like printouts of stories and flyers — to help MLK50/ProPublica keep reaching more people. 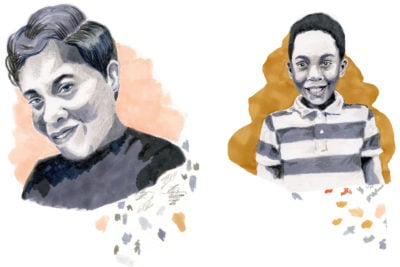 What It Looks Like When a Hospital We Investigated Erases $11.9 Million in Medical Debt

After our investigation, Methodist Le Bonheur hospital system erased thousands of patients’ medical debt. Many will no longer have to choose between those bills and their children or themselves. We want you to meet four of them.

We’ll be holding a community event in Memphis in 2020 to connect with people affected by debt who can help inform our future reporting.

We’re lucky enough to spend a second year working in Memphis with MLK50. If you’re a local journalist, you are lucky enough to be a consistent presence in your community who can regularly try some of these strategies.

Until more people work to build trust in communities that journalists typically think are hard to reach, we will continue to only hear from the loudest voices — and not necessarily the most representative voices. If you want more resources, check out these tips from two journalists on covering poverty and this toolkit built by the University of Georgia’s Grady College of Journalism and Mass Communication, with advice from journalists and journalism educators nationally.

This gap will only close if more people across a range of communities have positive experiences engaging with reporters.

Hi Memphians: Can we come to your neighborhood? Let us know if you’re interested in hosting our MLK50-ProPublica team for an event in your community sometime in 2020. You can reach out to us anytime at [email protected].