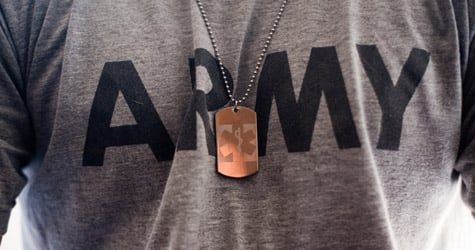 ProPublica and NPR reported today that the military is failing to diagnose soldiers who suffered brain injuries in Iraq and Afghanistan. It didn't take long to get a response. Soon after learning that the stories were about to air, the Pentagon's public affairs machine began circulating talking points on traumatic brain injuries—just in case senior medical commanders weren't up to speed on what the military's been doing for troops with one of the wars' signature wounds.

The talking points, which we obtained and were sent to top Army officials, don't directly address the findings of our investigation. We found that the military's system has repeatedly overlooked soldiers with so-called mild traumatic brain injuries. These blast injuries, which some doctors call concussions, leave no visible scars but can cause lasting physical and mental harm in some cases. The Pentagon's official figures say about 115,000 soldiers have suffered a mild traumatic brain injury since the wars began. But we found that military doctors and screening tools routinely miss soldiers who have suffered mild traumatic brain injuries on the battlefield. Experts we interviewed and documents we obtained said the military's count may understate the true toll by tens of thousands of soldiers.

The talking points are upbeat. One says that the Department of Defense has the "world's best TBI medical care for our service members." Leading neuropsychologists and rehabilitation therapists have told us that's not true, however. They say the military doesn't always provide the kind of intensive cognitive rehabilitation therapy most experts recommend. The talking points also stressed that one military screen, called the ANAM, for Automated Neuropsychological Assessment Metrics, will be "utilized when soldiers come home to help measure the effects of any identified mild brain trauma that may have gone unnoticed or untreated."

But when we talked to the man who ran that program, he told us the ANAM was rarely used that way. Lt. Col. Mike Russell, the Army's senior neuropsychologist, said that more than 580,000 ANAM tests have been administered to soldiers before they deploy to the battlefield. But doctors have only used them about 1,500 times to diagnose soldiers after they've suffered a blow to the head.

The talking points tick off a number of initiatives the military has undertaken to better diagnose and treat the soldiers. But as we note in our stories, the problem is not the lack of initiatives, it's that nine years into the war, nobody at the Pentagon knows how big the problem is, nor how best to treat it. You can find the complete talking points memos and PowerPoint here.

Phone calls to the medical command's spokeswoman were not immediately returned.