The organization launched only two years ago and promised to be an independent and nonpartisan government reform organization.

But even as Khan hired staff and released reports alleging misconduct by politicians, he declined to disclose his funding sources.

In January, the Chicago Sun-Times and ProPublica Illinois revealed that the right-leaning Illinois Policy Institute gave Project Six 98 percent of its first-year budget — a total of nearly $624,000 — in 2016.

The Illinois Policy Institute has received extensive support from foundations tied to some of the country’s biggest Republican supporters, including the Koch, Mercer and Uihlein families, as well as Gov. Bruce Rauner and first lady Diana Rauner’s charitable foundation.

Khan and Project Six board members did not return numerous messages this week or declined comment when contacted by the Sun-Times and ProPublica Illinois.

Instead, the group issued a statement Friday afternoon acknowledging that it is “stopping operations this month.” 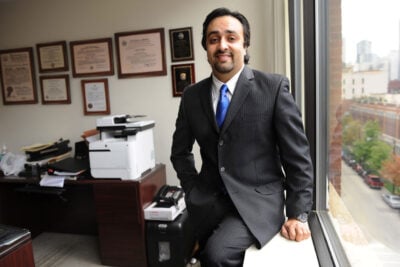 “Corruption has become systemic in Illinois, and Project Six’s mission was to expose and end corruption no matter what politician, office or party was the source,” Khan said in the statement. “The work that Project Six produced helped make a difference in Chicago because we stayed true to our mission.”

Hilary Gowins, spokeswoman for the Illinois Policy Institute, declined to comment on the demise of Project Six. In January, Gowins told the Sun-Times and ProPublica Illinois that the group would not provide funding to Project Six this year.

At the time, though, Khan expressed confidence that the group would continue to operate, saying, “We get money from all sorts of donors … I’ve been busting my hump going out and getting other donors.”

Earlier this week, the Project Six offices in Chicago were mostly empty, and a staffer said Khan was in New York — where he’s from.

Aldermen recruited Khan when they created the office of the legislative inspector general. City records show he was paid nearly $800,000 in the four years he led the office, which was dissolved in 2015.