A highly unusual judicial order blocking ProPublica Illinois and other news organizations from publishing some information about an ongoing child welfare case will remain in place for at least several more days.

In a hearing on Friday, Patricia Martin, presiding judge of Cook County Juvenile Court’s child protection division, said she will rule on a motion by ProPublica Illinois to lift the order within five business days of reviewing a transcript of the proceedings.

During the 90-minute hearing, Martin questioned attorneys for ProPublica Illinois and for the children in the case about how they would balance the First Amendment right to publish with the minors’ privacy interests.

Child protection cases involve victims “who have done absolutely nothing but be born,” Martin said. “Does that truly innocent victim have a [privacy] right?”

Martin barred ProPublica Illinois and other organizations last month from publishing “the names and/or any other information that would permit the ready identification” of the children or foster parents involved in a case ProPublica Illinois is investigating, “including specific address or other demographic information.” Her order was a rare instance of a judge restricting a news organization before the publication of a story, and it drew widespread criticism from other journalists.

Martin issued her order in response to a request from Bruce Boyer, a professor at Loyola University Chicago’s law school and director of the Civitas ChildLaw Clinic, which represents children in child protection cases. Boyer represents the children involved in the case and had argued that he wanted to protect their privacy.

No one has argued that the minors don’t have privacy rights, said Gabriel Fuentes, an attorney at Jenner & Block representing ProPublica Illinois. But ProPublica Illinois has no plans to reveal the identities of the children in the case, he said, and the court should not address privacy concerns with a “broad” prior restraint order.

ProPublica Illinois reporters learned the identities of the children and foster parents independently and outside court hearings.

“The harm we’re talking about is the state acting as an editor for ProPublica — the invasion of the power of the state into a newsroom,” Fuentes said.

Michael Weaver, an attorney from McDermott Will & Emery who is representing the children, said the order was specific and necessary.

“The issue here is not ProPublica’s general First Amendment rights,” he said. Instead, it’s about “whether the primary rights of minors are outweighed by ProPublica’s right to publish.”

A coalition of 40 news organizations, led by the Reporters Committee for Freedom of the Press, a group that advocates for press rights, submitted a friend-of-the-court letter that argued Martin’s order violated ProPublica Illinois’ rights under the First Amendment.

The judge was undoubtedly trying to protect the children’s privacy, the letter said, but the order is “an unconstitutional prior restraint” and a “direct attack on the marketplace of ideas.” The letter was signed by news organizations that included Chicago’s daily newspapers, NPR, The New York Times and The Washington Post. 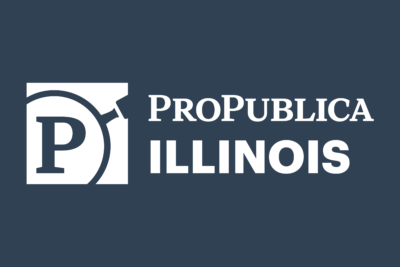