What inspired you to become a journalist and eventually an editor?

I should have known I wanted to be a journalist long before I did because I was involved in school newspapers in one way or another from the time I was in elementary school. But I actually didn’t realize I wanted to be a journalist until I was one. I ended up in Oklahoma a year or two out of college and I had this idea that being a newspaper reporter would be fun, so I called every paper I could find to see If I could get a job. I finally found a newspaper that was willing to give me a chance: the Claremore Daily Progress. It was a tiny, 5,000-circulation daily newspaper. I covered everything there. I covered police, fires, school board meetings — I went to rodeos. Any kind of story you could imagine. It was the best job. I couldn’t believe they would pay me to do it, which is good because they hardly paid me. I had to work as a cocktail waitress on weekends just to make ends meet. I made $5.25 an hour as a reporter, but I just couldn’t imagine anything more rewarding than doing that work.

From there, I bounced around through a couple of other small papers in Texas and Tennessee, then I decided to go to graduate school in journalism because I felt I was never going to get as good as I wanted to be. I went to Northwestern for graduate school and got an internship at the Chicago Tribune. I worked for the Tribune for 18 years, moving from being a reporter to being a projects reporter and editor. When I left the paper in 2010 to teach at Northwestern, I was the enterprise editor.

How has your teaching background helped you in your role as editor-in-chief at ProPublica Illinois?

There are a lot of parallels between teaching and editing. Being a professor made me a better manager because running a classroom is managing a classroom. You are always juggling and thinking about people’s needs and how to address them. That’s also part of being an editor. It made me a better communicator because I had to learn how to convey elements of journalism in a way that people could understand them, even if they felt instinctive to me. And most important for me, classrooms are optimistic places. One of the things I loved most about teaching was the optimism of my students and their energy and hope to create a better world. Part of what attracted me to ProPublica is that it’s a very optimistic place. Fostering that sense of optimism in our newsroom stems in part from feeling that optimism when I taught.

What has been your most rewarding experience as a journalist and editor?

As a reporter, the most rewarding work for me has been to be able to step into worlds that I wouldn’t have otherwise known anything about and to try to understand them. When I was in graduate school, I took a class in legal reporting. Another student and I signed up to cover juvenile court. It was such a formative experience as a journalist to be inside that building and to see injustice, poverty and lack of opportunity play out in so many people’s lives in ways that were largely invisible to the rest of the city. That was a turning point for me in how I thought about journalism and what it could accomplish. As an editor, the most rewarding elements of my work are to help people become great journalists and tell powerful stories.

How do you hope the stories you oversee at ProPublica Illinois will spark change?

We always strive to create concrete change, to find places where we can have a real-life impact, whether that means getting a law changed, an injustice overturned or exposing wrongdoing that is then corrected. I would love for us to be able to look back in a few months or a year and really see that we have made things happen through our reporting. In a year, I would like to think that we could point to a number of stories that have created change in the place where we all live and that we care about.

How do you spot a good story?

Everyone approaches stories in a different way. Some people think of issues or topics and then they drill down to the specific story. They might say, “I’m really interested in how property taxes work,” or “I’m really interested in the criminal justice system,” then they search for the story within that framework. I tend to work on the opposite end. I will see something small and I’ll wonder, “Well, why is that happening?” For me, almost all the best stories come from a simple question and paying attention to what is around me and wanting to know more about it.

ProPublica Illinois is ProPublica's first regional operation. We publish investigative journalism on key issues across the state of Illinois and in the city of Chicago. 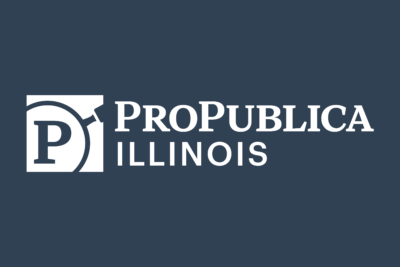 In past interviews, you have emphasized the importance of collaboration among local newsrooms. Why do you believe it’s important to support other local news organizations and collaborate with them?

We’re all stronger and better when we work together. Already, what we see from the collaborations we’ve done is that if you bring different resources and strengths to a story, you build a better story and you reach broader and more diverse audiences.

What do you consider good qualities in an editor and how do you try to apply those traits in your role as editor-in-chief at ProPublica Illinois?

Empathy. Whenever you try to understand people and to step inside their lives, even just a little bit, it makes you more open to the world.