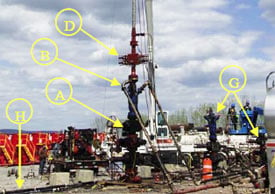 Responding to calls from politicians, environmentalists and concerned residents, the New York State Department of Environmental Conservation announced Wednesday that it has extended the public comment period for an environmental review of natural gas drilling in the Marcellus Shale.

The comment period, which began Sept. 30 with the release of the draft Supplemental Generic Environmental Impact Statement, now extends through Dec. 31. It was previously slated to end Nov. 30. Since the release of the technical, 800-plus page document, there have been complaints that the original 60-day comment period was insufficient for people to read and understand its findings.

"This is the biggest environmental issue of the decade in New York," Manhattan Borough President Scott Stringer said in a statement. "It’s good to see that the public’s demand for more time has been heard."

The DEC has also moved up the start time for the second public hearing on the environmental review, which will be held Nov. 10 at Stuyvesant High School in New York City. Doors for the hearing will now open at 5:30 p.m. for individual questions and speaker sign-up. The DEC staff will also be on hand to answer questions about the draft. The public comment period will begin at 6:30 p.m. (More info on the public hearings here.)