Two years ago, when the federal government first released data on how much Medicare paid physicians, the media coverage was widespread. Doctors who earned significant sums were dubbed “Medicare millionaires” and journalists highlighted unusual patterns in how some doctors bill for services.

Last week, when Medicare released its third round of data, the coverage was practically nonexistent. In some ways, that’s because data releases from the Centers for Medicare and Medicaid Services have become almost routine. ProPublica has used CMS data to build our Treatment Tracker, Prescriber Checkup and Dollars for Docs tools, among others.

Today and tomorrow, hundreds of people will gather in Washington, D.C., for Health Datapalooza, a conference devoted to the uses of health data. One of its main planners is Niall Brennan, chief data officer at CMS. (I am on the steering committee for the event.) 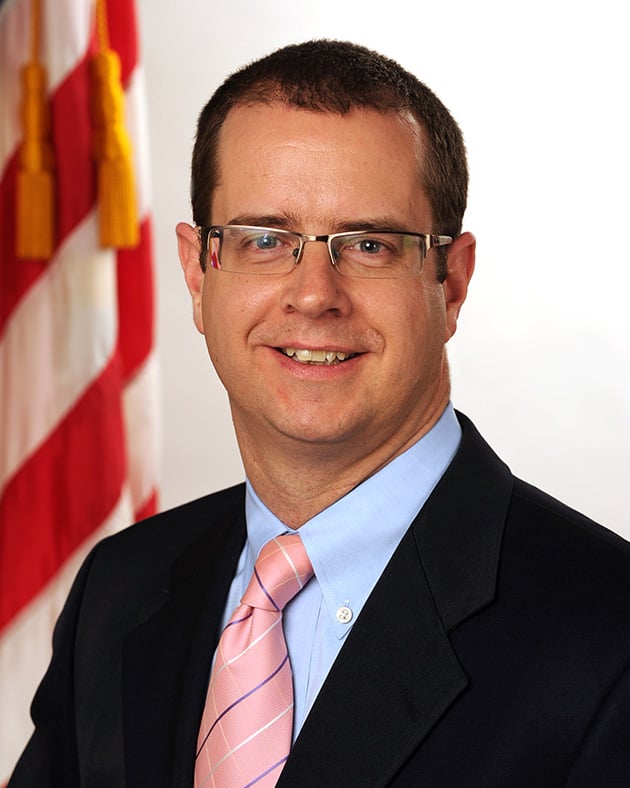 Niall Brennan (Courtesy of the Centers for Medicare and Medicaid Services)

I spoke to Brennan last week about the agency’s efforts to open up its data and what it means for the public. The interview has been edited for length.

Q. CMS seems to have released a lot of data lately. Can you give us a rundown of what the agency has released?

A. One of the reasons for our success is that we actually started with relatively small and modest data releases–things like releasing data at the regional level on differences in Medicare spending among states and counties. And then we gradually built up to releasing more detailed information on discharges at hospitals; how physicians practice medicine in the Medicare program; how they prescribe drugs in the Medicare program; how they prescribe durable medical equipment such as wheelchairs. Most recently, we’ve released a lot of information on skilled nursing facilities and home health agencies, giving people a glimpse for the first time at the types of care that those providers provide.

The openness and transparency go significantly beyond this. We’ve released Sunshine Act Open Payments data, which is information on the payments that drug and device manufacturers make to physicians and hospitals. And we’ve also worked really hard on the [Affordable Care Act][marketplace](https://www.cms.gov/cciio/resources/data-resources/marketplace-puf.html) and Medicare Advantage side of the house to give consumers information to choose their health care plan. Are my doctors in the plan I’m looking at? Are my drugs covered by the plan I’m looking at?

Q. Tell me what’s changed. Why are there now so many data releases?

A. I think a lot of the change, in addition to the administration’s focus on open data, was the Affordable Care Act and the realization that data was moving from a byproduct of our claims payment operations to really a core function of the agency. It was not only essential for us, but for the general public, for patients, to have better data, better information to be able to navigate this move to value-driven care.

Q. Do you think these data sets will be released each year?

A. I do. We’re creating a good track record of consistency around releases. Unless something drastically changes in terms of agency priorities, I think people should expect to see these data releases on a regular basis for some time to come.

A. One of the reasons is that it takes quite a lot of internal CMS time and resources to crunch through the data and make it ready for publication. We have a responsibility when we release the open data to ensure the data is as accurate as possible and does not lead people to make wrong inferences or conclusions about any given provider. Another reason is the inherent time lag in the bills that providers submit to Medicare for adjudication and payment. It often, particularly for hospitals and facilities, can take six to nine months for the very final bills at the end of the tail to be adjudicated and finally settled.

Q. How should people use this data?

Q. Do these data sets fit together? Can they be set up to communicate with each other?

A. I think they can communicate with each other in a couple of different ways. The easiest example of this is at the individual physician level. Now at the individual physician level, you have a data set that shows the different procedures and doctor visits that they provide under Medicare. There’s a second data set that provides information on the prescription drugs that they prescribe. And there’s a third data set that lists the payments that they receive from drug and device manufacturers. You could potentially combine all three, or two of those three data sets and get enhanced insights into how physicians practice care. Others ways that I think they can be combined is at the local geographic, zip code or county level. You can start to use mapping software and the like to start grouping providers into geographic clusters and start to see if there are relationships between how hospitals provide care in a given area or skilled nursing facilities provide care in a given area.

Q. What about data involving Medicare Advantage plans and state Medicaid program? Those haven’t been released yet. Any sense of when they might?

A. I think generally with both programs, we have not necessarily had available data that is as mature and as high quality as we enjoy with the Medicare program. The good news is that for the past couple years, we have been collecting very detailed granular data from Medicare Advantage plans and we are analyzing that very heavily at the moment trying to get an overall gauge of the quality of the data and if it’s suitable for public release. I would hope to have some positive news to report on Medicare Advantage data releases in the next 12 months or so.

Regarding Medicaid, for many years, we’ve been in a situation where I don’t think anybody felt that the quality or the timeliness of the data we were getting from states was optimal. However we’ve invested resources in the last few years to revamping the data submissions process from state Medicaid agencies to CMS. That system went live a little earlier this year and there are several states submitting data into that system and we’re not quite as far ahead as with Medicare Advantage data.

Q. Is CMS putting pressure on the private sector to follow its lead and release more data?

A. Clearly we’re leading by example. I don’t think we can order or require transparency from private-sector companies but I do think that our efforts are having an impact. I think that providers in particular are more and more aware that this data has been made available. There are organizations like the Health Care Cost Institute, which is an organization to which many of the major health care insurers in the U.S. have contributed data, and they have also launched transparency tools. There’s a tool called Guroo which allows people to look up the prevailing cost of procedures or interventions in their area. I think I see some positive developments in that regard.

Q. Give us a clue of data sets you are going to release over the rest of the year.

A. In general, I hesitate to try and forecast too far in the future what we’re going to release because our priorities are changing all the time and frankly we’re releasing so much data now that the annual re-release cycle is consuming more and more of our time. I think what I’d say is that our Medicare provider releases now cover more than 85 percent of Medicare fee-for-service spending. I would certainly hope to continue to make inroads into that number and push it even higher over the rest of 2016.