Tomorrow, lawmakers on the Domestic Policy panel of the House Oversight and Government Reform Committee will hold a hearing on civilian contract workers injured in Iraq and Afghanistan. The hearing follows a joint investigation by ProPublica, ABC News, and the Los Angeles Times, which found that AIG and other insurance carriers were routinely denying claims by injured civilians for medical care and disability benefits under a federally financed workers' compensation program. Rep. Dennis Kucinich, D-Ohio, and Sen. Bernie Sanders, I-Vt., who is making a special appearance in the House, will lead the questioning. The players include injured contractors, insurance company executives and one lonely official from the Labor Department, which oversees the program.

When we researched the story, we found all sorts of things wrong with the program, which was created by a law written in the 1940s called the Defense Base Act. Back then, civilian contractors were a small part of the war effort. Nowadays, there are more contractors in Iraq than soldiers. Congress could fix many of the program's shortcomings by updating the law to reflect the reality of modern-day war, which relies on layer after layer of civilian contract workers hired from across the globe to support troops. Among the topics that could be addressed:

Lack of Oversight from the Labor Department 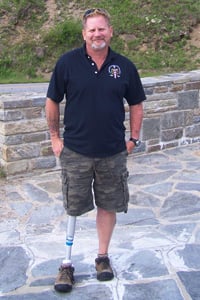 Current law requires that an insurance carrier deliver payment on a claim within 14 days. But in a war zone, carriers have found it tough to answer even simple questions needed to process a claim, such as the nature of the injury or where it occurred. The result is that carriers routinely file denial notices, which stop the clock and give them time to investigate. But after that denial is filed, there's no timeline to finish the investigation. Nor does the Labor Department have the power to move things along. So guys with no legs or psychological trauma spend months, sometimes years waiting for treatment. And taxpayers have already paid the premiums.

Question: What will get things moving faster with less acrimony? Why not create a pay-without-prejudice system, as some states have, where carriers pay first, and then pursue damages from people who make false claims? Why not allow contractors suffering from post-traumatic stress disorder access to Veterans Affairs clinics and hospitals? Do we really want psychiatrically fragile people from war zones fighting for basic medical treatment?

What Are We Paying For?

In the U.S., state insurance commissioners can examine in detail how premiums are set for workers' compensation programs. Not so with the federal government. The regulation of insurance carriers is left to the states. In very real terms, that means the federal government is buying insurance in Iraq and Afghanistan with no oversight. So far, taxpayers have paid more than $1.5 billion in premiums. But the carriers have paid only about $900 million in benefits. An Army audit called the premiums on one massive contract "unreasonably high and excessive." What's more, the federal government reimburses the carriers for any care or benefits provided to civilians that are injured in combat. But nobody seems to have any idea how much that will cost.

Question: Why are profit margins so high on these policies? How much is the government going to pay carriers for contractors injured in combat?

Finally, the big picture question: Why are private insurers even involved? Why doesn't the government insure contract workers? Wouldn't it save money in the long run?