The special prosecutor investigating Russia’s interference in the 2016 presidential election has subpoenaed an associate of Gen. Michael Flynn’s Turkish lobbying client. The subpoena, a copy of which was obtained by ProPublica, ordered Sezgin Baran Korkmaz to testify before a grand jury in Washington on Sept. 22.

“The grand jury is conducting an investigation of possible violations of federal criminal laws involving the Foreign Agents Registration Act, among other offenses,” a letter accompanying the subpoena stated. The letter is signed by Robert Mueller and Zainab Ahmad, a senior assistant special counsel who specializes in prosecuting terrorism. Korkmaz did not respond to requests for comment.

There are no indications of direct links between Korkmaz and Flynn, who briefly served as Donald Trump’s national security adviser. But Korkmaz, 39, is a close ally of Ekim Alptekin, the 40-year-old Turkish businessman who hired Flynn to lobby for Turkish interests shortly before the election. Korkmaz, a Turkish national, said in a radio interview in May that he started as a dishwasher at age 13 and is now bringing hundreds of millions of dollars from the U.S. to Turkey. His company invests in a range of industries in Turkey, the Middle East, the U.S. and Russia, and he has invested in several projects that involve people accused or convicted of crimes.

It’s not clear why prosecutors wanted Korkmaz to testify. But one possible explanation is his connection to Alptekin. Investigators are interested in the ultimate source of the money that Alptekin’s company paid to Flynn’s firm, according to a person familiar with the probe. (Representatives for Alptekin, Flynn and Mueller all declined to comment.)

Korkmaz and Alptekin are involved in a trade group together and have overlapping business interests. Korkmaz’s company, SBK Holding, is a member of the Turkey-U.S. Business Council, which is chaired by Alptekin. SBK was one of two platinum sponsors of the council’s conference in May 2017 at the Trump hotel in Washington. Both Alptekin and Korkmaz gave keynote speeches at the conference. In his remarks, Korkmaz credited Alptekin for helping him succeed in business. “Where I am now is due to the support of Mr. Ekim,” he said in Turkish.

The two men both attended a meeting at the Harvard Club in Manhattan in September 2016, according to a pro-government newspaper columnist who was present. That meeting occurred during the same week in which Flynn met with two Turkish ministers, also in New York, a gathering arranged by Alptekin. At that meeting, they discussed potential plans for the U.S. to hand over Fetullah Gulen, a controversial cleric and opponent of Turkey’s president who lives in Pennsylvania, to Turkey, the Wall Street Journal reported.

Alptekin defended his work with Flynn in his speech at the business council in May. “As many of you have read in the media, I hired the Flynn Intel Group in 2016 before the election with a mandate to help me understand where the Turkish-American relationship is and where it’s going and what the obstacles to the relationship are,” Alptekin said. “My aim was to commission independent research and to establish objective facts” to help businesses understand what he views as the threat from Gulen, whom Turkish President Recep Tayyip Erdogan suspects of trying to topple him.

The discovery of the lobbying deal with Alptekin, which ultimately generated about $450,000 for Flynn’s firm, helped put Flynn in legal jeopardy because he didn’t initially report his work as a foreign agent to the Justice Department.

As for Korkmaz, his business interests are diverse. SBK has “major investments” in the Russian energy sector, a September 2016 announcement by a Turkish government agency said. The company’s website shows operations in Russia but doesn’t specify what they are.

The company backed a bid, which was ultimately unsuccessful, for a high-profile infrastructure project in Russia several years ago. In 2014, SBK pursued a major project that was a top priority for President Vladimir Putin at the time. After annexing Crimea, Putin wanted a bridge built over the Kerch Strait to connect Crimea to Russia. SBK signed an agreement to supply $850 million in financing to build the bridge. But the deal went to a company led by Putin’s childhood best friend.

Some of Korkmaz’s colleagues and investing partners have come under scrutiny — or worse — by criminal authorities. The U.S. sister company of Korkmaz’s operation, known as SBK Holdings USA, is led by Levon Termendzhyan, a Russian fuel trader with a long rap sheet, according to court records. Termendzhyan has been charged with, but found not guilty of, tax fraud and armed assault. He was convicted of battery in 2013.

In an ongoing lawsuit in California Superior Court in Los Angeles, a former SBK Holdings USA employee claimed in a sworn declaration this year that he was told by two people interviewed by Department of Homeland Security investigators that the agents are probing Termendzhyan for money laundering, tax evasion and stolen petroleum. SBK Holdings USA’s lawyer called those accusations “irrelevant and preposterous” in a court filing. (The lawyer declined to comment for this article.) SBK Holdings USA accuses the former employee of embezzling, which he denies. 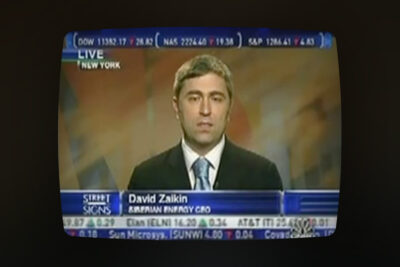 Since 2013, Korkmaz’s SBK has managed $500 million of investments in Turkey from another of Termendzhyan’s companies and from a third American company called Washakie Renewable Energy. The latter is part of a conglomerate controlled by the Kingston Group, a fundamentalist Mormon clan.

In 2011, Utah’s then-attorney general called the Kingstons an “organized crime family.” Washakie paid a $3 million fine in 2015 to settle allegations that its biofuels plant collected federal subsidies while failing to produce. In February 2016, federal agents with the Internal Revenue Service, Environmental Protection Agency and Department of Homeland Security raided some of the family’s company offices. The investigation has not resulted in any charges.

In a radio interview, Korkmaz said he convinced the Kingstons to invest in Turkey, and Alptekin is on the board of a Kingston entity that invests in Turkey. Kingston Group did not respond to requests for comment.