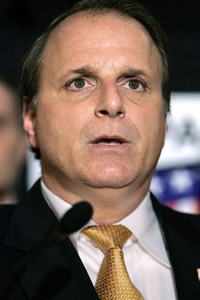 Yesterday we reported on the secrecy and opacity surrounding the House ethics committee. Here's an update on what has happened since:

The GOP, which initially advocated for the investigation into former Rep. Eric Massa to continue, proposed yesterday that a new investigation be launched into how House Democratic leaders handled the allegations that Massa, a New York Democrat, had inappropriate contact with aides. The decision to do so now rests with the House ethics committee.

Meanwhile new and conflicting reports about the Massa investigation have since emerged.

The confused reports only further confirm our point about the need for more transparency in the workings of the House ethics committee. Our own calls to the committee have not been returned.