The chairman of the U.S. Senate Finance Committee has called on the largest health care system in Memphis, Tennessee, to explain its debt collection, charity care and billing practices after an investigation by MLK50 and ProPublica found that it was aggressively suing poor patients, including its own employees.

In a letter sent last week, Sen. Charles Grassley, R-Iowa, who has been a leading critic of nonprofit hospitals that misuse their tax-exempt status, asked Methodist Le Bonheur Healthcare how it intended to carry out promised reforms of its financial assistance system.

Tax-exempt hospitals are required by the IRS to provide charity care to patients who cannot afford their hospital bills and to avoid what’s called “extraordinary collection actions,” such as suing a patient or seeking to garnish a patient’s wages.

“Unfortunately, I have seen a variety of news reports lately discussing what appear to be relentless debt-collection efforts by various tax-exempt hospitals, including Methodist Le Bonheur Healthcare,” Grassley wrote in the Dec. 3 letter.

“These efforts raise questions about how Methodist Le Bonheur Healthcare, and other tax-exempt hospitals, are complying” with requirements by the IRS to fulfill charitable obligations.

A Methodist spokesperson said the hospital had received the letter and “will work with Sen. Charles Grassley to address his concerns.”

In response to the MLK50-ProPublica articles, Methodist dropped hundreds of lawsuits against patients and has not filed additional lawsuits for unpaid hospital bills. It reduced the bills for about 2,200 patients and erased the balance owed for more than 5,100 patients who had judgments against them. 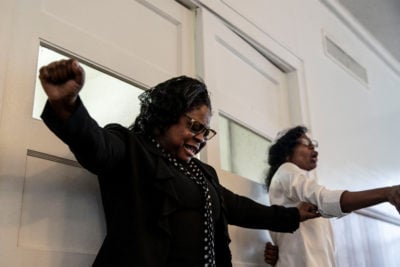 In addition, Methodist expanded the threshold for financial assistance to uninsured patients whose household incomes fall below 250% of the federal poverty guidelines, up from 125% previously. The new threshold equates to just over $64,300 for a family of four. The hospital also will not pursue legal action against any patient in households that earn less than 250% of the federal poverty guidelines, regardless of their insurance status.

Grassley acknowledged the change in his letter, but asked questions about how it would be implemented.

“How will Methodist Le Bonheur Healthcare’s new financial assistance policy better serve low-income patients compared to its old policy beyond including more people in it?”

Grassley’s letter at one point mischaracterized the findings of the MLK50-ProPublica stories as saying Methodist “does not offer free or highly discounted care.” Methodist does offer discounts for uninsured patients, but not for insured ones. (A spokesman for Grassley did not have an immediate comment on that point.)

Grassley’s nine-page letter to Methodist is similar to a 2015 letter he sent to Heartland Regional Medical Center, a nonprofit hospital in Missouri that was the subject of a 2014 ProPublica-NPR investigation into its debt collection practices.

“The practices appear to be extremely punitive and unfair to both low income patients and taxpayers who subsidize charitable hospitals’ tax breaks,” he wrote to Heartland, which had been rebranded as Mosaic. Afterward, Mosaic implemented a three-month debt forgiveness program during which more than 5,000 applications for financial assistance were approved and more than $16 million in debt, legal fees and interest was forgiven.

Also last week, Methodist executives announced a new employee advancement program that will help train workers so they can move to higher-paying jobs.

The MLH Associate Advancement Program is intended to help its employees “create greater economic security for themselves and their families so more Memphians can truly escape the cycle of poverty,” the hospital said in a press release.

We’re interested in hearing from people who know more about hospitals or doctors’ offices in Memphis. Talk to us if: