This story was co-published with The Capitol Forum.

Eighteen Senate Democrats on Monday asked a leading U.S. bank regulator to explain how his agency handled investigations into discrimination and “redlining” in the banking industry.

The letter, signed by Sen. Sherrod Brown of Ohio, ranking Democrat on the Senate Banking Committee, and the other lawmakers, comes after a story by ProPublica and The Capitol Forum recounting how six lending discrimination probes were dropped under President Donald Trump.

It calls on the Office of the Comptroller of the Currency to explain how it handled those cases and why the banks involved have not been sanctioned. “Without intervention by the OCC, countless consumers could be subject to discrimination with no way to know or seek redress,” the letter says.

The OCC abandoned investigations into Bank of America and five other lenders suspected of bias, ProPublica and The Capitol Forum reported. The Bank of America probe was shelved after corporate lawyers pushed back on examiners, according to the story.

The OCC, under Trump appointee Joseph Otting, declined to pursue the cases, often over the objections of OCC staff who wanted to see the banks punished, the news organizations reported.

In at least three instances, the OCC determined that the bias was so serious that it should be investigated with the Justice Department’s Civil Rights Division, according to people familiar with the cases.

The OCC declined to comment on the investigations. In a statement to ProPublica and The Capitol Forum, Brian Brooks, the acting comptroller, said: “I will not comment on decisions and actions that preceded me, but under my leadership the OCC will use all our tools as warranted to ensure everyone has fair access to banking services and receives fair treatment from the banks and savings associations the OCC oversees.”

Each of the banks declined to comment on the specifics of the investigations and said they are committed to providing equal access to credit.

The lawmakers’ letter is addressed to Brooks, a former bank executive, and asks for details about how the agency has handled discrimination cases under Trump and whether banks have sway over examiners. 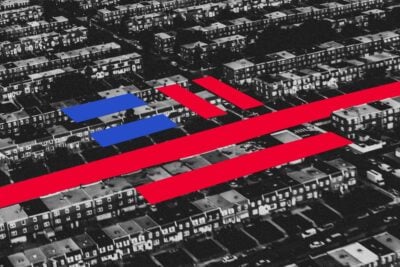 At least six investigations into discriminatory mortgage loan “redlining” have been halted or stalled — against staff recommendations — under the Trump administration’s Office of the Comptroller of the Currency.

Pulling back on enforcement not only weakens protections against discrimination but the power of the Community Reinvestment Act, which grades banks on how well they lend to poor communities, the letter says.

If banks that discriminate are never sanctioned, they could get a higher CRA grade than they deserve, the letter adds: “Disregard for fair lending enforcement could inflate CRA evaluations.”

Otting spent his two and a half years in office rewriting the rules for the CRA, and he stepped down the day after he unveiled a reform plan that gives banks more flexibility in satisfying the law.

Discrimination in mortgage lending was banned more than 50 years ago under the Fair Housing Act of 1968, yet the homeownership rate for Black Americans is 44% compared with 74% for white Americans, according to the most recent census data.