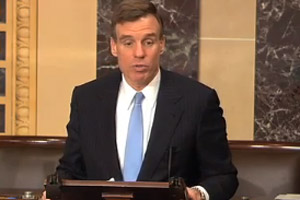 Not a big, flashy headline, but we thought it was worth noting:

Today the Senate unanimously voted to amend a jobs bill with new rules to strengthen the government's tracking and reporting of stimulus spending and its effectiveness. Sponsored by Sens. Mark Warner, D-Va., and Mike Crapo, R-Idaho, the new amendment requires federal agencies to assess and update current methods for tracking stimulus funds and to file quarterly reports for Congress and the public. Grant recipients that "knowing and consistently" fail to meet these requirements could face fines of up to $250,000.

The announcement of the amendment follows our reporting at ProPublica showing that federal data on delinquent "two-time loser" stimulus recipients -- recipients who had failed to file two required reports -- were actually erroneous. We found that as many as 60 of the 360 contractors called out had actually filed the reports. The White House Office of Management and Budget acknowledged to us that the list was inaccurate.

Update: This post has been updated to reflect that stimulus grant recipients who "knowing and consistently" fail to meet requirements could face fines of up to $250,000.