Baylor St. Luke’s Medical Center has ousted its president, its chief nursing officer and a top physician following numerous reports of substandard care, including a recent mistake that led to a patient’s death, the Houston hospital announced Monday.

The departures come in the wake of a yearlong investigation by the Houston Chronicle and ProPublica that documented an outsized number of deaths and unusual complications following heart transplants at St. Luke’s. In August, the Centers for Medicare and Medicaid Services terminated federal funding for heart transplants at the hospital, citing its failure to make changes needed to improve outcomes.

The news organizations also reported on poor outcomes following heart bypass surgery, repeated complaints about inadequate nursing care, a recent rise in the number of deaths after liver and lung transplants, and a physician’s allegation that he was retaliated against after raising concerns that some of his patients had received unnecessary medical treatments in intensive care units.

The hospital board’s decision to replace top management comes in direct response to a recent error in which an emergency room patient died after receiving a blood transfusion with the wrong blood type, the hospital said in a news release announcing the changes.

Bob Moos, a spokesman for CMS, said that a team of 11 federal and state inspectors visited St. Luke’s last week to complete a comprehensive investigation.

“The next steps will be determined from that review,” Moos said.

Marc Shapiro, chairman of the St. Luke’s board of directors, said in a statement that the nonprofit hospital “has faced significant challenges over the last year,” and in light of the most recent incident, the board determined “aggressive action” was needed.

The latest Medicare review “raises concerns that are simply unacceptable to the Board,” Shapiro said.

Doug Lawson, a regional executive with Catholic Health Initiatives, which owns the hospital, will replace Gay Nord as president, the hospital said in the news release. Lawson will continue in his role as CEO of CHI’s Texas Division, which oversees St. Luke’s and 15 other hospitals across the state.

A hospital spokesman said Lawson was not available for an interview and referred reporters to the hospital’s news release.

In a statement, Lawson said the hospital is developing a 90-day plan that “will include new initiatives in the areas of clinical excellence, patient experience, and workplace culture. We are committed to taking all steps necessary to keep us on the path of excellence and to earn the trust of our patients.”

Jennifer Nitschmann, the hospital’s chief nursing officer, and Dr. David Berger, the hospital’s senior vice president of operations, also “have left their roles,” the hospital announced. Berger declined to comment for this story; Nord and Nitschmann could not be reached.

Dr. Ashish Jha, the director of Harvard’s Global Health Institute and an expert in hospital quality measures, said hospitals nationwide have set up robust systems to prevent patients from receiving transfusions of the wrong blood type, a deadly and rare mistake.

“So for that to fall apart really does say to me, in the context of everything else going on, that there was really a deeper systemic problem,” Jha said, emphasizing that such an error is even more remarkable at a major teaching hospital such as St. Luke’s. “Whether changing leadership is going to fix it, I don’t know ... but, of course, holding people to account is critically important.”

The sudden departures are a stunning turn for a hospital renowned for its pioneering heart research, conducted with its partners, Texas Heart Institute and Baylor College of Medicine. It was here that Dr. Denton Cooley performed some of the world’s first heart transplants and where Dr. O.H. “Bud” Frazier has worked to develop a mechanical replacement for the human heart.

St. Luke’s, founded in 1954 by the Episcopal Diocese of Texas, is a behemoth in the Texas Medical Center, with 850 licensed beds, nearly 4,000 employees and 7,500 physicians.

For months, St. Luke’s leaders had steadfastly defended the quality of care provided at the hospital. Following news reports last year about problems within the heart transplant program and other patient care concerns, the hospital launched a website and purchased full-page newspaper advertisements challenging the reporting and defending its medical care.

In an interview in August, Berger acknowledged that St. Luke’s had struggled to meet national quality benchmarks in the years immediately after CHI purchased the hospital in 2013, but he said those issues were in the past. After Nord’s arrival in 2016, Berger said administrators had invested additional resources in the hospital’s quality department, strengthened its physician-leadership structure and worked with doctors and nurses to find ways to improve outcomes.

“The issues that you’re bringing to light focus on a period of time in the institution when there were some challenges,” Berger told reporters. “But I think our current data, which shows really excellent outcomes both from patient safety and from quality, would show that those issues are no longer pertinent. ... Those are historical issues.”

In an interview Monday, Baylor College of Medicine President and CEO Paul Klotman said St. Luke’s has made significant progress in improving care in the five years since it entered a joint-operating agreement with the medical school. But he said a mistake as serious as giving a patient a transfusion with the wrong blood type should never happen. 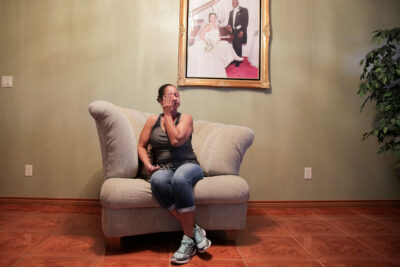 “There are certain things that reach a threshold where you’ve got to make a statement, where you’ve got to change the leadership and direction to get everyone’s attention,” said Klotman, who also sits on the St. Luke’s hospital board. “This is one of those things.”

Klotman said he does not believe Medicare’s decision to cut off funding for heart transplants last year factored in the board’s decision to change hospital leadership. He said the problems that triggered federal scrutiny were limited to a string of heart transplant patient deaths in 2015 and had since been corrected.

However, the Chronicle and ProPublica investigation documented unusual complications and deaths following heart transplants in 2016 and 2017, prompting some doctors to bring their concerns to Nord and other hospital leaders. At least two cardiologists grew so troubled, they said they began referring some patients to competing hospitals for transplants.

Two weeks after the news organizations published those findings in May, a federal appeals court judge stepped down from the hospital’s board of directors, and the hospital announced it was temporarily suspending the heart program following two additional patient deaths in 2018.

The program reopened 14 days later, but within weeks, the federal government stepped in. Medicare announced in June that it would cut off funding for heart transplants at St. Luke’s after the agency concluded the hospital had not done enough to improve care. Starting in mid-August, St. Luke’s was barred from billing federal health programs for heart transplants. The hospital is appealing that decision.

Later, CMS issued a separate citation for an operating room equipment failure that occurred during a failed heart transplant in January 2018. That patient died following a separate and unrelated error nearly three months later, the Chronicle and ProPublica reported in May.

The problems led more than 100 patients, family members, physicians and other medical professionals to contact the news organizations to report concerns about care at St. Luke’s.

In October, after repeatedly defending the quality of the program and its physicians, St. Luke’s announced it had hired two doctors to replace its lead heart transplant surgeon and hired a new executive to oversee all of its transplant programs.

Marilyn Chambers, whose husband, John, died at St. Luke’s in April, more than three months after receiving a double-lung transplant, said she believes the hospital needs to do more than change leaders. Chambers filed several complaints about the care provided to her husband, including incidents in which she said she found medication intended for another patient in her husband’s room.

In a pair of meetings with Marilyn Chambers last year, Nord acknowledged that her staff could have done a better job caring for Chambers’ husband and said the hospital had educated staff based on some of her complaints.

“I can’t get over it,” she said. “It’s been eight months, and I’m still crying like it’s yesterday. Everything is just so unresolved, and I can’t get anybody to do anything.”