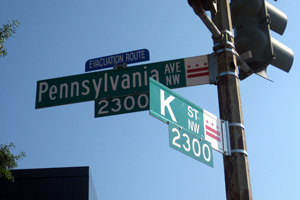 To curb the lobbying feeding frenzy surrounding the nearly $800 billion stimulus package, in March the Obama administration imposed unprecedented restrictions on lobbyists: All lobbyist communications regarding specific projects were to be submitted in writing, and general conversations between government officials and lobbyists about stimulus policies had to be noted in disclosures posted online.

We decided to track this promise with a clock -- so far it's at 94 days and counting -- and there is no sign it will be stopping any time soon.

As we noted in May, though more than 800 lobbyists had registered to lobby on stimulus issues, only a handful actually appeared in lobbying disclosures on agency Web sites. Instead, lobbying firms were sending junior employees who were not registered lobbyists, or arranging direct meetings between government officials and clients.

After pressure from lobbyists and First Amendment groups, the Obama administration later revised the rules so that all oral communications had to be disclosed, not just those with registered lobbyists. Under the revised rules, the disclosures are only required for lobbying around just $88 billion worth of stimulus funding to be distributed through competitive grants.

Outside of the competitive grants, the old rules still apply: Government employees only have to disclose oral communications with registered lobbyists.

But as the Associated Press recently reported, the rule change hasn’t resulted in any spike of disclosures: In August there were a grand total of eight contacts disclosed.

White House Office of Management and Budget Spokesman Tom Gavin told the AP the dearth of disclosures was due to the fact that agencies were still adjusting to the new process.