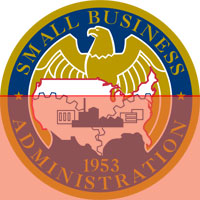 A pot of stimulus money set aside for small-business loans has run out, CNN Money reports. Congress gave the Small Business Administration $375 million to help small businesses get loans in a tough credit market. That money was used to waive the fees usually charged to banks that want the SBA to guarantee loans they make to small businesses. The money also went to raise the cap on how much of the loan the SBA would guarantee, to 90 percent of the loan. Despite the incentives, CNN Money reports that the number of bank loans backed by the SBA in the year that ended Sept. 30 still fell by a third from the previous year.

An organization that describes itself as “the nation's principal voice for the medical group practice profession” has warned that the government risks “squandering” the billions of stimulus dollars set aside for health information technology. ModernHealthcare.com reports that the Medical Group Management Association sent a letter to the Department of Health and Human Services warning that “an inappropriate definition of meaningful use" and "inefficient administration" of the program could "result in the needless squandering of resources and significant disruption to the nation's health care system.” Health care providers can qualify for the estimated $34 billion in federal stimulus reimbursements for health IT by showing that they have electronic health-record systems installed, and showing that those systems are being used in a “meaningful manner.” But the government has yet to fully define what that means.

Still on the topic of information technology, Computerworld’s Patrick Thibodeau reports that much of the stimulus money directed at IT is being used for computer equipment and services, rather than creating new jobs. The article cites stimulus-funded IT projects at NASA, the State Department and the Social Security Administration, which accounted for a total of $26 million in spending but just 21 jobs saved or created. Thibodeau notes that the reporting accounts only for direct jobs, and that the money may create indirect jobs, included those created by filling the orders for more hardware. However, the article points out that it remains a tough time to work in IT: a report last week estimated that nearly 2 million IT jobs will have been lost at large companies in the United States and Europe between 2000 and 2014 — meaning, Thibodeau writes, “the IT recovery may be a jobless one.”

Finally today, California’s state auditor has found that the Department of Corrections and Rehabilitation overstated the number of jobs saved thanks to stimulus money, the San Francisco Chronicle reports. The department reported saving or creating 18,229 jobs. The actual number of jobs, says the state auditor, was closer to 5,000 — the number of employees that had actually received layoff notices this year, before the federal funds were received. The 18,229 figure, by contrast, was the number of correctional officers whose salaries were paid with stimulus money, rather than the number of people who would have been laid off. Laura Chick, the state official overseeing federal stimulus dollars spent in California, supported the auditor, saying the findings showed “an absence of logic and common sense.”