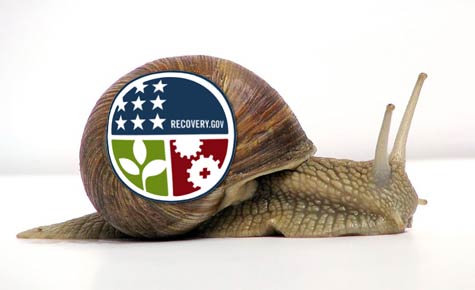 Stimulus money for transportation projects is being spent far more slowly than expected.

When the economic stimulus act passed in February, the nonpartisan Congressional Budget Office estimated that the U.S. Department of Transportation would spend about $5 billion by the end of the fiscal year, which was Wednesday.

But Transportation Secretary Ray LaHood said Thursday that only $3.4 billion has been spent so far – about a third less than forecast. Rep. John Mica, the top Republican on the House transportation committee, said the spending rate was disappointing, noting that unemployment figures released today were expected to hit 9.8 percent.

"Of the $48 billion in transportation stimulus funds, so far DOT has paid out only $3.4 billion, or 7 percent of the total," said Mica, R-Fla.

Overall, about $191 billion in stimulus spending had gone out the door in spending and tax cuts as of Sept. 25 – well ahead of the $185 billion the budget office estimated would be out by Wednesday.

More stimulus money per person has been spent in states with high unemployment, according to an analysis of outlays so far by ProPublica.

While transportation and infrastructure money is just a fraction of the $787 billion stimulus package, it has received a lot of attention because it is expected to account for more than half the 3.5 million jobs the Obama administration says the stimulus will create or save.

From the start, transportation money was expected to move into the economy slower than stimulus spending on food stamps, unemployment benefits and some other programs. For transportation projects, states had to cull lists, prepare environmental assessments, get federal approval, put out bids and sign contracts before any money could be spent.

Once DOT approves a project, states can begin awarding contracts and contractors can begin hiring workers. But it usually takes several months before any work begins and anybody gets paid.

For the most part, Thursday’s hearing of the House transportation panel provided a glowing assessment of the stimulus.

"When you look at our portion of the economic recovery, a lot of people are working around America," LaHood told the committee. "Look at the orange barrels. Look at the orange cones. Fly into any airport that I’ve flown into. They’re all resurfacing their runways."

LaHood said state DOTs are doing a better job of directing stimulus money to economically distressed areas. Representatives of asphalt, gravel and bus companies talked about how the stimulus was the only bright spot in an otherwise bleak economy, allowing them to save jobs.

Rep. James Oberstar of Minnesota, the committee’s Democratic chairman, said the stimulus money for highways and transit has already created or sustained 122,000 jobs.

But after the hearing, his spokesman Jim Berard clarified that that was 122,000 "job months" – one person working for one month.

If those workers had been on the job since the start of the stimulus, it would have created or saved closer to 20,000 jobs – a fraction of what the committee reported.

"There’s really no intention of masking this, no intention of padding the numbers," Berard said. "It was just a calculation that was done, but just presented orally in a shorthand for expediency’s sake." 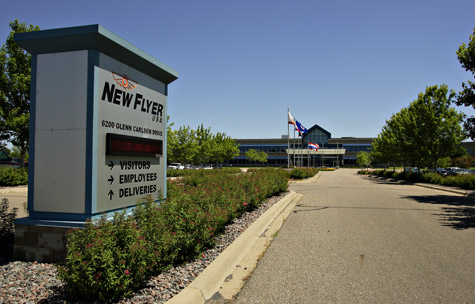 Much attention at the hearing focused on the fate of New Flyer bus company – once a silver lining but now a victim of the recession.

The company was thrust into the spotlight in March when Vice President Joe Biden used the firm’s plant in St. Cloud, Minn., to highlight the stimulus’ focus on green jobs. New Flyer was poised to benefit greatly by the $8.4 billion infusion into public transit, much of which is being spent on hybrid buses.

But in August, the company had to lay off 320 people when the Chicago Transit Authority couldn’t secure state money to complete an order.

New Flyer’s CEO Paul Soubry said things would be much worse without the stimulus through the American Recovery and Reinvestment Act. The company has received orders for 638 buses and transit vehicles – about 30 percent of its annual production – because of the stimulus. Those orders would produce 447 "job years" – or 223 people working for two years, he said.

"We believe that ARRA funds have had a direct and material impact on new bus purchases," Soubry said.

Back in June, the head of the Federal Transit Administration predicted that 4,000 new buses and transit vehicles would be ordered by September. FTA spokesman Paul Griffo said he couldn’t verify that that happened. But he said FTA had approved funds for 9,933 buses.

One sour note came from Jeff Taylor, the transportation manager in Elkhart County, Ind., which saw its jobless rate jump from 4.4 percent in October 2007 to 18.9 percent in March at the height of the recession.

Taylor said the county has struggled to get stimulus money for roads and been bogged down in paperwork for projects that he said are "shovel-ready." Because of the delays, the county won’t be able to bid projects until November, meaning work won’t begin until next April.

"It was my understanding, along with millions of other Americans, that the ARRA was a jobs creation and jobs retention bill," Taylor said. "If it is true we are in an economic crisis, we should expedite the paperwork process, and target those areas hardest hit by the economic downturn."

A separate analysis by ProPublica of total spending per state found a strong relationship between per-capita spending and unemployment. Michigan, with about 15.2 percent unemployment and $353 paid out per resident, is about in line with what is should be getting compared to other states.

But there were outliers. Massachusetts, with lower-than-average unemployment, has seen about $402 per person. Meanwhile, $187 per person has been spent in Alabama, where unemployment is 10.4 percent.