This is a strange moment for the families of the 157 people who died aboard the Ethiopian Airlines flight, ET 302, that plunged to the earth shortly after taking off from Addis Ababa, Ethiopia, bound for Nairobi, Kenya, on March 10, 2019.

The Federal Aviation Administration on Wednesday issued an ungrounding order for the Boeing 737 MAX, allowing a return to the skies for the model involved in both the Ethiopian Airlines disaster and the crash of a Lion Air flight in the Java Sea off the coast of Indonesia in October 2018 that claimed 189 lives. Both crashes were linked to flawed flight-control software in the 737 MAX, a new version of Boeing’s decades-old 737 workhorse. (The story of how Boeing came to allow the fatal flaw into the planes, and how FAA regulators failed to catch it in time, was the subject of a November 2019 article by ProPublica co-published with The New Yorker.)

The FAA’s move to allow the 737 MAX to return into use after 20 months of grounding is its sign that it is time to move on from this dark chapter. Boeing has updated the implicated software and added a backup sensor, and FAA Administrator Steve Dickson gave his thumbs-up, going so far as to pilot one of the planes to demonstrate that they are safe.

Yet at the very same time some federal regulators are signaling that it is time to move on, other regulators are telling the victims’ families that they must wait longer to seek accountability for the crashes. More than 100 of the ET 302 families have filed suit against Boeing and are seeking an array of Boeing and FAA documents relating to the two crashes.

But the National Transportation Safety Board is barring the release of thousands of pages to the families, saying it is required by international law to withhold them until the completion of the Ethiopian government’s investigation of the ET 302 crash, or until the two-year anniversary of the crash, whichever comes first.

The families and their lawyers are challenging this claim by noting that there is scant evidence of any actual ongoing investigation by Ethiopia, which already released a comprehensive interim report on the crash this past March.

It’s a painful juxtaposition to accept, said Michael Stumo, the father of Samya Rose Stumo, a 24-year-old public health worker from Massachusetts who perished in the ET 302 crash. On the one hand, families are told that the investigation into what happened with the 737 MAX is ongoing and that they must therefore wait to build their case against Boeing. On the other, they are told to accept that, despite the inconclusive investigation, the planes are once again safe to fly. (As ProPublica’s original article noted, I have known Michael Stumo since 1996.)

“The National Transportation Safety Board is hiding information because there is an open investigation, supposedly, into the Ethiopian crash, so we don’t even have the final document on what caused the crash. But they are going to put it into the air,” Stumo said in a conference call with reporters on Tuesday.

The dispute has been especially jarring for the Stumos and other ET 302 families because, in the weeks following the crash, they reported getting a much more empathetic response from the NTSB, which investigates transportation accidents, than they did from the larger FAA.

NTSB officials insist there is nothing personal in their rejection of the families’ pleas for more documents and that they are simply acting in accordance with international protocols. Because the NTSB appointed Boeing as a technical adviser for the investigation, they say, the company is also bound by the protocols limiting the release of documents.

“As the state conducting the investigation, Ethiopia has the sole authority to release investigative information or to authorize the NTSB to do so,” NTSB Chairman Robert Sumwalt wrote in a Nov. 6 response to a letter from the ET 302 families seeking access to more documents. “The NTSB itself is not imposing these restrictions or limitations on what Boeing may release; those restrictions and limitations come from Federal law and international treaty.”

Boeing declined to comment on the dispute over the documents. The Ethiopian government, which is currently embroiled in a violent conflict with the ruling party in the rebellious Tigray region, did not return a call to its embassy in Washington.

The families and their lawyers counter that the international protocols cited by the NTSB still give the agency discretion in defining which documents are required to be withheld, and that the agency is in this instance defining this category far too broadly. (They also note that the documents would be subject to confidentiality restrictions and could be used only in the context of the lawsuits. The materials would not be released broadly.)

The NTSB is withholding many documents from the Lion Air investigation, even though the Indonesian government released its final report on that crash more than a year ago. It is, the families say, also withholding documents that Boeing never even shared with Ethiopian investigators.

The NTSB asserts it is required to withhold the Lion Air crash records because those documents are relevant to the Ethiopian investigation, since both crashes were linked to the same software.

But this has left the families without access to some of the most crucial documents for their own cases against Boeing, notably evidence of what the company was or was not privately sharing with the FAA following the Lion Air crash, when the company was publicly suggesting that the crash occurred because of pilot error. The FAA determined that the 737 MAX could stay in the air, despite private misgivings, and a few months later, the second crash occurred.

Lacking crucial documents from Boeing has made it hard for the families’ lawyers to proceed with depositions of key company engineers, since they don’t have the information they need to formulate questions. No trial dates have been set yet for the cases, partly due to the delays caused by COVID-19.

The families could seek to challenge the NTSB denial in court, where similar challenges have had mixed success. In one recent case, the Miami Herald went to court to try to compel the Florida Department of Transportation to release documents relating to the March 2018 bridge collapse at Florida International University that killed six people. In that case, the state was refusing to release records on similar grounds as Boeing is refusing to now, citing its role as party to an NTSB investigation. A federal judge sided with the NTSB, but the records were ultimately made public in May 2019.

For now, the ET 302 families are eschewing a new court filing. Stumo believes that the NTSB chairman may not have been speaking for the whole board when he wrote his Nov. 6 letter to the ET 302 families. So the families are appealing to the other four board members of the NTSB, who did not sign Sumwalt’s letter. In a Nov. 11 letter, Stumo urged the full board to meet soon to consider narrowing the scope of the records being withheld. He wrote that it was the families’ understanding that the wide breadth of records being withheld was not in fact based on any request from the Ethiopian government, and he urged the board to directly inquire of the Ethiopians whether their investigation is still ongoing, and whether they object to narrowing the scope of the documents being withheld. 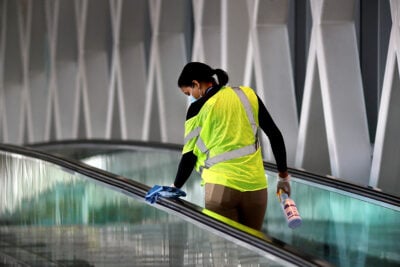 He also asserted that the NTSB’s decision to block such a wide array of records followed a phone call between the NTSB’s general counsel and Boeing’s chief counsel for products liability. “It is imperative that the NTSB stop protecting Boeing and start increasing transparency, or it risks appearing complicit in Boeing’s misdeeds,” he said. (The NTSB did not respond to a question regarding contacts between Boeing and the agency.)

The families’ accountability efforts have had more success on another front: On Tuesday, the House passed a sweeping bill to reform FAA oversight over airplane manufacturers, following a damning House committee report on the failure of the 737 MAX.

Stumo was joined on Tuesday’s conference call by two other family members of ET 302 victims, including Naoise Ryan, who lost her husband, Mick Ryan, a United Nations worker from Ireland. She described the toll that his death had taken on her 5-year-old daughter, the older of her two children, who suffers night tremors and still blames herself for not having tried harder to keep her father from leaving on that work trip. “Our family is broken,” Ryan said.

She did not understand why the Boeing documents were still being withheld, even as the 737 MAX was cleared to return to the skies. “When someone tells me they have to keep the technical details, data and protocols of a commercial aircraft secret, an aircraft with a history of problems, I have to ask why? What is it you’re trying to hide? And, ultimately, what have you got to lose?”