Earlier this week, we published an investigation with Consumer Reports in which we found that many minority neighborhoods pay higher car insurance premiums than white areas with the same risk. Our findings were based on analysis of insurance premiums and payouts in California, Illinois, Texas and Missouri. We found insurers such as Allstate, Geico and Liberty Mutual were charging premiums that were as much as 30 percent higher in zip codes where most residents are minorities than in whiter neighborhoods with similar accident costs. (Here are details on how we did the analysis.)

An industry trade group, the Insurance Information Institute, responded in the Insurance Journal. The piece, by James Lynch, vice president of research and information services, calls our article “inaccurate, unfair, and irresponsible.” We disagree. As we typically do with our reporting, we contacted the industry well ahead of publication and gave it an opportunity to review our data and methodology and respond to our findings.

Here is the response we and Consumer Reports sent to the Insurance Journal.

While we appreciate that Mr. Lynch and the industry may disagree with our findings and conclusions, we want to correct for readers several errors he made in describing our work. In fact, we released a detailed methodology of our study, primarily to be as transparent and forthright as possible about what we did and did not do, and about the limitations of our analysis.

Mr. Lynch writes that we made a mistake by “comparing the losses of all drivers within a ZIP code to the premium charged to a single person.” This assertion does not properly characterize what we did. We compared the average premium in minority zip codes to the average premium in neighborhoods with similar accident costs and a higher proportion of white residents.

Mr. Lynch writes that insurance companies do not set rates based on race or income. Our article does not say that they do. However, as our article pointed out, companies can use such criteria as credit score and occupation, which have been shown to result in higher prices for minorities.

Mr. Lynch writes that we did not address “how auto insurers priced policies where data about the policyholders and a ZIP code’s loss costs was thin.” In fact, we analyzed in detail California’s system of allowing insurers to set rates for sparsely populated rural areas by considering risk in contiguous zip codes. 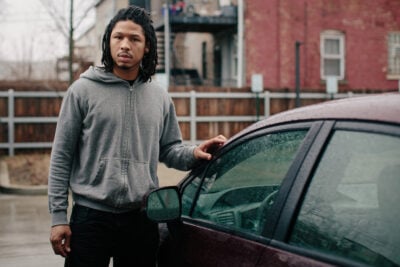 Mr. Lynch writes that we do not consider that “an auto insurer’s individual loss costs ... could vary from the statewide average.” In fact, we acknowledged this point in our article as a potential limitation of our study, while noting that the internal data of one insurance company, Nationwide, showed a greater disparity than the statewide average.

Mr. Lynch also implies we only applied our analysis to a 30-year-old driver. As we acknowledged in our methodology, we could not take every variable into account. We did repeat our analysis for more than 40 driver profiles that differed by age, gender, number of drivers and number of cars. When we ran the numbers, we found consistent results.

Our methodology was developed over more than a year and reviewed by a variety of independent experts in the field (including academics, statisticians and former regulators), whose feedback we incorporated. We were transparent with the Insurance Information Institute and with the firm the trade group hired, providing all our data and even our code to ensure they could fairly respond.

We would welcome the same transparency in return. While the industry criticizes ProPublica and Consumer Reports for not using company-specific data, such as individual insurers’ losses in each zip code, it does not make this information available. If the industry would release it, we would welcome the opportunity to take a look and continue the conversation.