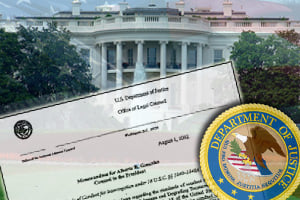 The Bush administrationâs "war on terror" -- including its controversial policies on detentions, interrogations and warrantless wiretapping -- was all underpinned by legal memoranda. While some of those memos have been released (primarily as a result of ACLU lawsuits), the former administration chose to keep many others secret, citing security and confidentiality concerns.

The decision to release them now lies with President Obama. To help inform the debate -- and inject an extra dose of accountability -- weâre posting a list of the relevant memos, both public and secret. (The ACLU first compiled a list of still-secret memoranda, which ProPublica verified.)

See our list of memos -- both available and missing.