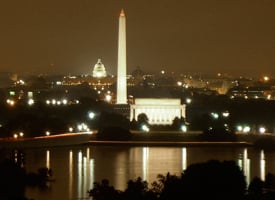 Now that the economic stimulus bill is on the House floor, it's time for members of Congress to try to change it.

But what about the nearly 200 that got left on the cutting room floor?

We've been covering the economic stimulus plan as part of ShovelWatch, a joint project we're doing with WNYC Radio and the national public radio show "The Takeaway."

The scrapped amendments spanned the political spectrum -- everything from opening the Arctic Wildlife Refuge for oil and gas exploration to expanding college loans to students convicted of drug crimes.

There were also some innovative ideas.

What about repealing (PDF) the final $350 billion of TARP funds? (Tiahrt (R-KS).) Or $10 billion to buy up Lehman Brothers bonds (PDF) from state governments? (Speier (D-CA).) Or naming any new bridge or highway in the bill after a soldier (PDF) who was killed in combat? (McCotter (D-MI).)

Several Republicans are aggravated that their amendments that were approved in last week's 12-hour Energy and Commerce Committee hearing were dropped from the bill when it was formally introduced.

Those included prohibiting millionaires from collecting COBRA payments, requiring technology for computerized medical records to be made in the U.S. and specifically stating in the bill that privacy provisions wouldn't prevent doctors from talking to their patients.

California Rep. David Dreier accused Speaker Nancy Pelosi of misleading the public with a news release stating that those amendments were included.

"We are throwing bipartisanship, openness and transparency out the window," said Dreier, the Republican leader on the Rules Committee, which decides which amendments make it to the House floor.

There were also some noble-sounding amendments that seemed designed to create a negative voting record for future Democratic political campaigns.

But when those amendments were submitted for a Rules Committee vote, the proposal also included cutting $50 million for the National Endowment for the Arts, which has been a Republican target in the bill.

Of those that made it through for debate on the House floor are $3 billion more for public transit, expanded whistleblower protections and a requirement that the Department of Homeland Security buy uniforms made in the U.S.

There are also unlikely Republican amendments, including one that would strip the bill of everything but tax cuts.

After much GOP mocking -- which Appropriations Chairman David Obey described as behaving like 1,000 mosquitoes -- Democrats yielded on National Mall renovations.

Click here to see all the ideas that were submitted. And if you've got a stimulating idea of your own, submit it to ShovelWatch.