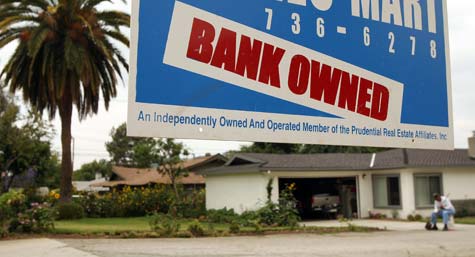 We’ve created a resource page on the government’s loan modification program that puts all of our reporting in one place. Take a look. For those looking for a rundown, below is our summary of the program and the problems it has encountered.

Mortgages that are owned or guaranteed by government wards Freddie Mac or Fannie Mae are automatically eligible. Other mortgages are eligible only if the servicer has signed a contract with the Treasury Department. More than 100 servicers have signed up. Mortgage servicers are the companies that specialize in collecting payments and handling individual accounts; they are frequently subsidiaries of banks, but sometimes are stand-alone companies.

We at ProPublica have been closely covering the problems that homeowners have encountered since the program’s launch. Delays and frustration have been common: Homeowners and housing counselors frequently complain that servicers lose financial documents and make mistakes. Many struggling homeowners have waited several months for an answer from their mortgage servicers.

The program suffers from a lack of transparency and accountability, say advocates for troubled homeowners. They complain that there’s no effective recourse to challenge wrong decisions. Aspects of the program also remain secret, like the formula used to determine whether a loan qualifies. Treasury hired a group at Freddie Mac (yes, that Freddie Mac) to audit the program, but it was criticized in its first months for having unqualified personnel. And while Treasury has threatened to penalize servicers that don’t abide by the program guidelines, no such penalties have yet been handed down. Homeowners accepted into the program first go through a three-month trial period; if they stay current on their payments, provide the relevant documents, and still qualify, they are supposed to then be awarded a permanent modification. But for those homeowners who’ve made it into the program’s trial period, the difficulties do not cease. There have been significant backlogs at a number of banks and servicers, particularly the largest: Bank of America, Citigroup, JPMorgan Chase and Wells Fargo. Some homeowners have been stuck in the trial for as long as 10 months, with several potentially adverse consequences.

As a result, the number of homeowners who’ve run the gantlet and emerged with a permanent modification has been proportionately small. As of the end of January, there had been just 116,297 permanent mods out of the 3.4 million mortgages eligible for the program. That said, the program has provided significant savings to homeowners (about $522 a month, on average), even if that relief has been tenuous.

The program provides a system of incentive payments to servicers, investors (which could be a bank or the owners of a mortgage-backed security), and homeowners for performing a permanent loan modification or pursuing another foreclosure alternative. Here’s our interactive list showing how much money has been allocated to each servicer.

Note: For the latest data on the program, see our breakdown of the performance of all the largest participating mortgage servicers.