The U.S. Equal Employment Opportunity Commission has issued a sweeping decision concluding that IBM engaged in systematic age discrimination between 2013 and 2018, when it shed thousands of older workers in the United States.

The EEOC finding, contained in an Aug. 31 letter to a group of ex-employees, comes more than two years after ProPublica reported that the company regularly flouted or outflanked laws intended to protect older workers from bias in hiring and firing.

The letter says a nationwide EEOC investigation “uncovered top-down messaging from (IBM’s) highest ranks directing managers to engage in an aggressive approach to significantly reduce the headcount of older workers to make room for” younger ones.

Employment law experts said the agency’s finding could result in IBM facing millions of dollars in settlement payments or a federal lawsuit at a time when the company is under continued competitive pressure and in the midst of a management changeover.

Lawyers for some former workers said EEOC investigators have told them the agency decision may apply to more than 6,000 ex-IBM employees, a number that could grow considerably if, as experts say is likely, the agency’s finding prompts new, private age discriminaton lawsuits.

“The number of people EEOC cites in making its determination and the details it provides indicate the agency is taking this case very seriously,” said Joseph Seiner, an employment law professor at the University of South Carolina and former appellate lawyer for the EEOC.

Reached for comment on the EEOC finding, IBM communications Vice President Edward Barbini issued a statement denying that the company had discriminated against older employees. “IBM makes decisions based on the needs of its business units, not age,” the statement said. “We will continue to defend this matter vigorously.”

The finding was issued at a time when the share of cases in which the EEOC is willing to determine whether legal violations have occurred has dropped. The commission appears to be in the midst of a power struggle, with its sole remaining Democrat accusing the commission’s Trump administration-appointed chair of engaging in “bare-knuckled partisanship.”

The decision also came in the same week that IBM’s new CEO, Arvind Krishna, announced a corporate reshuffling that includes the departure of at least one senior executive deeply involved in the contested employment practices.

ProPublica reported in March 2018 that about 60% of U.S. employees ousted by IBM in the previous five years were age 40 or over, the group protected by federal age-bias laws. In some instances, IBM earmarked money saved by the departures to bring in what it called “early professional hires” to, in the words of one internal company document, “correct seniority mix.”

ProPublica reported that IBM regularly denied older workers information the law says they’re entitled to in order to decide whether they’ve been victims of age bias and used point systems and other methods to push out older workers, even when the company rated them high performers.

In responding to the ProPublica findings, as well as to lawsuits and EEOC inquiries, the company has consistently maintained that age plays no role in its employment actions and that all hiring and firing is done by separate business units and front-line managers without centralized decision-making about who should be employed or eliminated.

But in its Aug. 31 letter, the EEOC rejected central struts of the company’s defense. It said an agency analysis of IBM employment data for 2013 through 2018 found that more than 85% of those the company targeted for layoff were older workers.

The agency’s decision “will put great pressure on IBM to compensate workers it wrongly ousted in the prime of their careers,” said Jeffrey N. Young, an Augusta, Maine, lawyer whose clients are among those cited by the EEOC.

Under the law, the EEOC must try to broker an out-of-court settlement between IBM and ex-workers, something statistics show it succeeds in doing in about half of cases. If that effort fails, the agency can then bring suit against the company.

One of those who may benefit is Ed Miyoshi, who was laid off in December 2016, when he was at 57 and had worked at IBM’s Hopewell Junction, New York, facility for 35 years. He was subsequently brought back as a lower-paid contractor. In response to ProPublica’s 2018 reporting, IBM asserted that cases like Miyoshi’s were one-offs and didn’t represent a company practice.

But the EEOC said that it found evidence of a pattern of older workers who were ousted and “told that their skills were out of date, only to be brought back as contract workers at a lower rate of pay with fewer benefits. 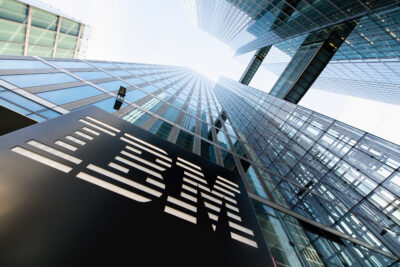 “EEOC received corroborating testimony from dozens of witnesses nationwide supporting a discriminatory animus based on age,” the agency said.

“I can’t say as it comes as a huge shock to me,” Miyoshi said when told of the EEOC findings. He said he worked as an IBM contractor from January 2017 until May of last year, when he was dropped. After a jobless stint, he’s now a census taker and has been certified to trace COVID-19 cases.